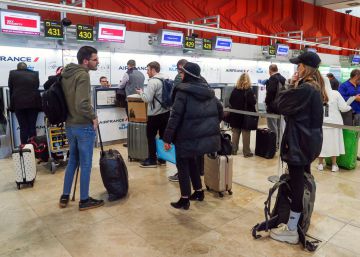 Spain beat in 2019, for seventh consecutive year, his record of arrival of foreign tourists. If the Government calculations are fulfilled, 83.7 million tourists will have visited the country in the year, almost one million more than in 2018. These travelers will have spent more than 92,000 million euros, 2.9% more than in 2018 , according to the year-end forecasts made by the Ministry of Industry, Commerce and Tourism presented by its head on Tuesday, Reyes Maroto. By 2020, the minister perseveres that the focus is on quality and increased profitability, and not so much the number, although she insists, in front of the “doomsayers”, that there is room to continue growing in volume.

In the week of Fitur, Maroto has cited journalists at the headquarters of the ministry to take stock of 2019, a “good” year for the sector, which has resulted in a new record of arrivals, 83.7 million, 1.2% above of 82.8 million last year; another record also of spending, which exceeds for the first time 90,000 million (will be 92,337, 2.9% more) and a new maximum of employment in the tourism sector, which closed the year with almost 2.4 million workers, a 3.2% more than a year earlier.

These figures, in the opinion of the minister, “demonstrate the strength of the Spanish tourism model in the face of uncertainties (cited the bankruptcy of tour operator Thomas Cook, for example) and the pessimism of some ”actors of the tourism sector itself.

In this regard, and before the question of whether the Spain’s ability to receive tourists has reached its limit, the minister has indicated that, although her department has focused on quality, trying to turn towards a model that attracts tourists with more spending capacity, “we have the capacity to continue growing in volume, we have not reached the ceiling”. “You can continue to grow, but you have to grow better,” he said, and has listed a number of initiatives to Seasonally adjust and diversify tourism products. Thus, he has cited initiatives such as Most beautiful villages in Spain as positive for distributing arrivals in time and space or helping to alleviate depopulation in some provinces; or work for promote film destinations or boost gastronomy. All this understanding that “the vacation model is not sold out, but can improve.” “The 21st century offers us tourism with other products and we have to live up to incorporate them,” he said.

Among the causes of good tourism performance in 2019, Maroto, accompanied by the Secretary of State for Tourism, Isabel Oliver, mentioned the “increase in arrivals from distant markets, such as Asia or America, which has offset the decline in traditional markets such as the United Kingdom or Germany ”, which have reduced their visits to Spain in the face of the emergence of other Mediterranean destinations that have regained the stability they lost a few years ago and that compete in the holiday segment with very competitive prices.