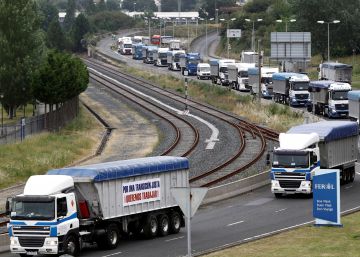 It does not rain, it blows less wind, the marshes are shivering … It's summer, and as it happens every summer, the chimneys of thermal power plants that burn coal to generate electricity should be spitting piecemeal smoke in Spain. And, nevertheless, the use of this fossil fuel (the one that most pollutes and the one that more carbon dioxide expels to the atmosphere) is in historical minimums. Never since there are records did the coal plants have represented so little in the mix Spanish electric

This is verified by the data of Red Eléctrica de España (REE) that point out that the two months in which coal has represented less when it comes to meeting the country's demand were May and June of this 2019. In May, coal thermal power plants only accounted for 1.7 % of all peninsular electricity generation; and in June, 2.1%. According to REE, never since 1990 – the first year of the official record – had two months been given such a low presence of this fuel. In the case of data for the whole country (which also includes the islands and Ceuta and Melilla), coal only accounted for 2.3% of the total mix in May and 2.5% in June. And, again, it is the lowest percentage since REE has reliable records (in this case they date from 2007).

In addition, the past May 8 was the day in which less use of coal was recorded in Spain since 2011, when the series of daily data of REE start. That day it stayed at 1.5%.

The power station of As Pontes, in A Coruña, it is the most powerful in Spain. And, according to its owner, Endesa, it has "stopped whole weeks since April." "Until now it had never happened", admit in the electric. The lack of activity in this plant has already had collateral damage: around 150 transporters (many of them grouped in a cooperative) have been without work for about two months. It's about the truckers that move the coal from the port to the thermal power plant.

The paralysis of this thermal, which feeds on imported coal, was not in principle in Government plans. As the rest of the plants that burn this fuel from outside of Spain had undertaken the necessary decontamination works to continue operating after June 2020 as required by European regulations. And the plans of the current Executive they were to continue producing electricity for the next decade.

But several factors are influencing the historical fall in the use of coal in Spain, and in some other European country. On the one hand, the price of COtwo in the European market carbon is very high and now exceeds 26 euros. All power plants that emit carbon dioxide in the EU are required to pay for each tonne they emit. And coal thermals are the ones that most of these gases expel, so they are more penalized. Natural gas plants also expel COtwo, but much less than half to generate the same energy.

Therefore, what is not happening now with coal is being generated with gas in Spain, which means that the combined cycles, which have been underutilized for years, are entering the system at historic levels. Sources of the sector add another factor: the price of gas is very low. And they conclude that the green cent (which the government abolished for natural gas but maintained for production with coal) is also influencing.

It was planned that eight of the 15 coal plants closed during these months. These are the thermals that burn national coal, since the Spanish mines had to close in January because they are not profitable without public aid. What the Executive did not contemplate was the collapse of the production of thermals that burn imported fuel that, in theory, were profitable for them to continue operating the next decade.

For the mines and the national coal plants there is a plan approved by the former Executive of assistance to the workers. This is not the case with employees linked to other thermals; workers like the transporters that on Monday began a march to Madrid with their vehicles and that this Tuesday are expected to meet with representatives of the Ministry for the Ecological Transition.

The good news is that, if the situation continues, the levels of carbon dioxide emissions can also mark a milestone. Coal, within the electricity sector, was primarily responsible for the country's greenhouse gas emissions.