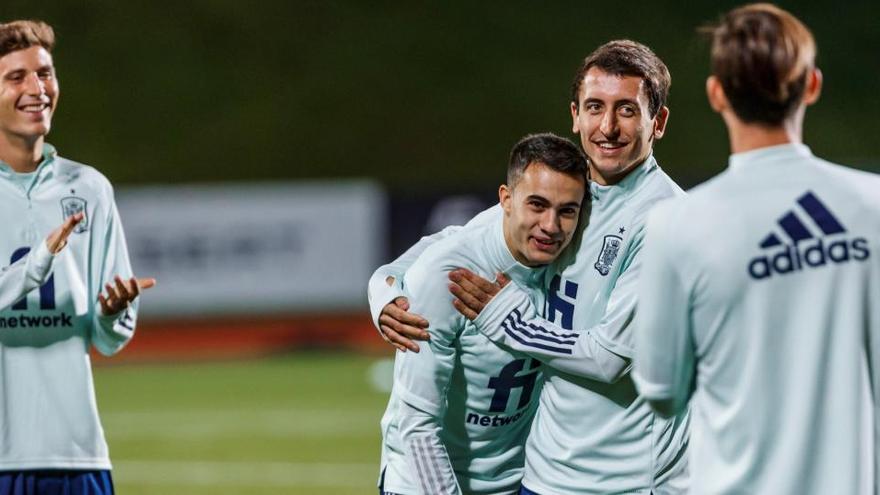 The Spanish selection face the visit to Netherlands in a friendly prior to decisive matches of the League of Nations with the aim of recovering the lost goal, after scoring only one in their last three games, which invites you to Luis Enrique with variants and the return of Alvaro Morata.

A few days before the pass to the final phase of the Nations League with a key duel against Germany, Spain pays a visit to the Netherlands looking for good feelings. The defeat, a year and eleven months later, against Ukraine left a bitter taste in the last match that Luis Enrique wants to get rid of.

Spain appears in Amsterdam without the player who assumes the leadership of the game, Thiago Alcantara, his new star, Ansu Fati, the two usual right sides, Jesús Navas and Dani Carvajal, and the striker who has the most continuity with Luis Enrique, Rodrigo Moreno. Injuries and the coronavirus take their toll in times of pandemic that invite testing.

Like the friendlies, test bench, so that it can be released Marcos Llorente, which was earned with great performances in the Atlético de Madrid the call of the selection, or the return of Íñigo Martínez in the center of defense, Koke Resurrection in the center of the field, Marco Asensio in the half point and Alvaro Morata as a center forward. Presents itself Hector Bellerín as a new alternative in the right lane. All aspire to minutes and to change the face of Spain.

The one that Luis Enrique works with has a new identity with a pure extreme like Adama Traoré. He will continue to fit it into his system in search of the auctioneer who takes advantage of everything he generates. The goalless draw against Portugal in the last friendly was followed by a goal to beat Switzerland narrowly at the Alfredo di Stéfano and the unexpected loss in Kiev against Ukraine. A single goal in 270 minutes.

The wink from Luis Enrique can arrive in the goal where the selection calms the hard moment that lives Kepa Arrizabalaga at Chelsea. "It is going through a delicate moment; I have the joker of making an exception," justified Luis Enrique who trusts a goalkeeper who does not play for his club and, as happened in the friendly in Portugal, would take over from David De Gea Of start.

The Netherlands team enters the friendly with the need to improve a deteriorated image after the departure of Ronald Koeman, since in the last four games they have scored two draws, two defeats and scored a single goal. The selector Frank de Boer He has already said that his priority is to achieve good results in the Nations League duels, on November 15 against Bosnia Herzegovina and three days later against Poland. The Dutch are third in their group and have Italy and Poland within one and two points, respectively.

For the friendly against Spain, the coach plans to rest his most important pieces and put "boys who have seen little in the national team," he warned. Three of those young people who could come out this Wednesday in the starting eleven come from AZ Alkmaar: the attacker Calvin stengs, 21, left back Owen Wijndal, 20, and Teun Koopmeiners. The 22-year-old midfielder could play in the position of Frenkie de Jong if the Barcelona player watches the match from the bench.

In attack, De Boer usually lines up Memphis Depay and the sevillista Luuk de Jong. The low profile that the Dutch line-up against Spain is expected to have gives the young PSV Eindhoven forward options Donyell Malen or even the veteran Ryan babel. The outline remains to be seen. Koeman used to play with a 4-2-3-1, but his successor has gone from repeating that drawing to trying alternatives such as 4-3-3 and 5-3-2.

In the casualty chapter, De Boer will not be able to count on the centrals Virgil van Dijk and Matthijs de Ligt, two basic pieces. If Inter Milan player Stefan de Vrij, Joel Veltman or Daley Blind is given a break, they could all come out in the starting XI. Goalkeepers Jasper Cillessen and Justin Bijlow are injured and the coach confirmed Marco Bizot's debut.

Four players have fallen from the call. Along with the goalkeepers, offensive midfielder Mohamed Ihattaren, due to illness, and Steven Bergwijn, who was sent back to England last Monday.

The friendly it will be played behind closed doors, a measure taken by the Government to stop the contagion of coronavirus. During the warm-up, the Dutch players will wear a jersey with the words "One Love", the slogan of a campaign against racism.