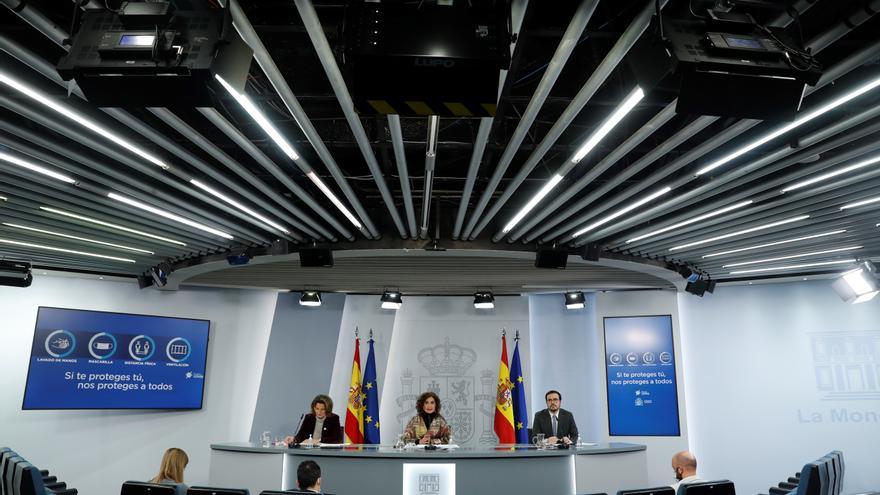 The President of the Government, Pedro Sánchez, has announced the approval of a Plan for Universal Access to Solidarity Vaccination to deliver surplus doses of vaccines against COVID-19 that are not necessary in Spain to other countries. This was announced by Sánchez this Tuesday at the Executive Council of the World Tourism Organization, where he said that “poverty or income level cannot be an obstacle to vaccination”, while predicting that there are still very hard months in the fight against the coronavirus, but encouraged to “look to the future with hope.”

“Only a massive vaccination can open the way back to normality that we so much desire,” said the Prime Minister, explaining the plan approved by the Council of Ministers and recalling that Spain works to immunize the population both in the international and national level. He has ventured that in the national field “we are going to advance with the vaccination at the highest possible rate until reaching 70% of the population at the end of the summer”, which, in his opinion, will allow Spain “to be better prepared to receive the tourists”.

In the press conference after the Council of Ministers, the Minister Spokesperson, María Jesús Montero, detailed that the objective of the World Health Organization (WHO) is for the vaccine to reach health personnel and vulnerable populations around the world , more than 1,500 million people, of which 260 are in Africa and 130 in Latin America and the Caribbean. According to Montero, the EU has considered channeling 5% of the vaccines acquired to humanitarian contexts “without prejudice to the local population.”

This Vaccination Plan, prepared jointly by the Ministries of Foreign Affairs and Health, will have as priority groups the refugee, displaced or asylum seeker population in developing countries, thus prioritizing care for least developed countries where it is difficult to reach sufficient doses of vaccines, or partner countries of Spanish cooperation that do not have guaranteed access to vaccines for the priority 20% of the population.

Donations will be made via Covax (Global Access Fund for Covid-19 Vaccines), which will be the vaccine distribution mechanism; through the EU donation mechanism, as well as multilateral and regional organizations, among others, Montero said.