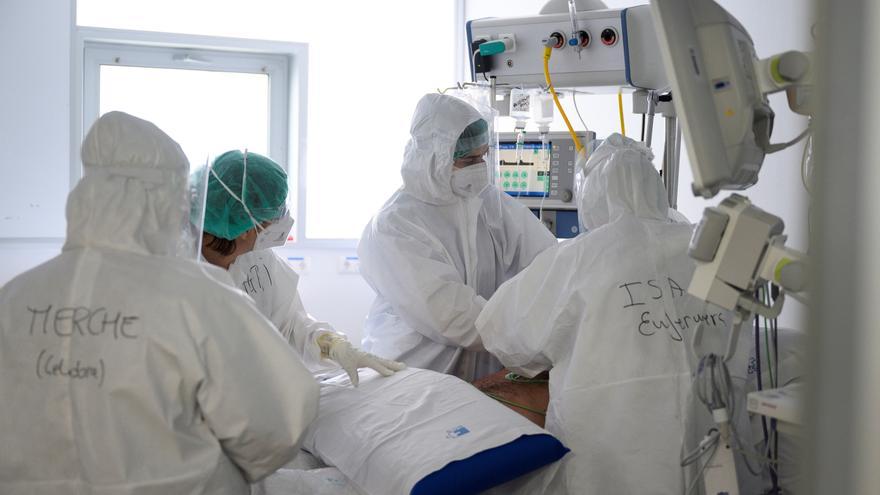 Spain has once again surpassed the symbolic barrier of 200 cases per 100,000 inhabitants this Wednesday. The incidence at 14 days was specifically 200.98. Spain had fallen below that threshold of 200 cases on February 26, when an incidence of 193.91 was recorded, in the midst of a decline in the pandemic curve that hit its ground on March 16. Since then, the infections have continued to rise, although more gently than in the last waves.

The incidence has increased in 13 communities, in addition to Ceuta and Melilla. The regions with the worst data in this regard are Navarra, with 433.76; Madrid, with 347.14; and Euskadi, with 345.87.

The Ministry of Health has reported 10,474 new infections in its daily report, which leaves a total of 3,387,022 infected since the start of the pandemic.

Regarding hospitalizations, ICU beds occupied by COVID patients represent 21.56%, a total of 2,153 patients. In Spain, there are 9,795 hospitalized for coronavirus, a number that has remained more or less stable in recent days.

These data come when the pharmaceutical company Pfizer has advanced the delivery of 50 million doses to the European Union. It was announced by the president of the European Commission, Úrsula Von der Leyen, this Wednesday 24 hours after the suspension of the distribution of Janssen vaccines due to cases of thrombi in the United States.

The Johnson & Johnson laboratory has committed 55 million single-dose vaccines this second quarter of 2021. “The pandemic is a threat. The sooner we reach 70% of the population, the more likely we are to contain the virus,” said Ursula von der Leyen, who has given the data that this Wednesday they have reached “100 million vaccinated in the EU, a quarter with two doses.”