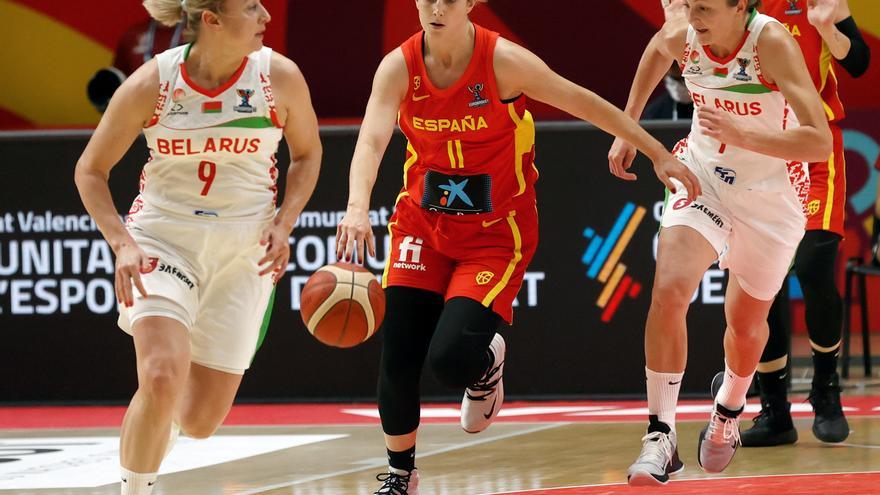 The Spanish women’s basketball team lost (53-51) this Thursday before that of Belarus andn its premiere at the Eurobasket 2021 de Valencia, a thick debut for the host and defender of the title, who did fight until the last second, where Alexandria Bentley sentenced on the horn.

Those of Lucas Mondelo succumbed to the nerves of the debut, within Group A, more if possible after a preparation marked by the positives for coronavirus by Alba Torrens and Tamara Abalde. Spain did not have their day in attack and, despite improving in defense, gave in on the last play at La Fonteta.

To champion the last two editions he had to sweat the fat drop at his start in the tournament. If always the debut, loosen the nerves and compete, it is complicated, more with the rugged preparation of the Spanish. Those of Mondelo missed Torrens and his points, but with Laura Gil they became strong.

Astou Ndour, with 15 points despite the fact that he also lacks filming, and Cristina Ouviña, who played the last attacks, pulled the Spanish car. In front, the most powerful rival of the group, a Belarus that takes advantage in search of the direct ticket to the quarterfinals, was more compensated, although it had very outstanding Maryia Papova (19 points and 13 rebounds) and little by little Bentley.

Despite a triple from Ndour as a starter, Spain did not have an easy path to the rival rim. Laura Gil did not take long to show the way in defense, but it was necessary to put them. Mondelo rotated a lot already in the first quarter, with the consolation that the rival had the same problems to score (14-9). Spain held out with the triples and with the entry into the scene of Raquel Carrera, taking points out of the paint.

Mondelo’s did not work inside, but Valencia Basket was the one who tried. The rebound was an added problem for the Spanish, in addition to the offensive dropper, without rhythm for the counterattack or clarity in the positional attack. Laia PalauIn her tenth Eurobasket and with more matches than anyone in the tournament (69), she tried it too, but little came out of the champion.

Ndour added again before the break for the 21-22 that left the first half. A 5/21 in shots of two and a 3/12 in the three-pointers served up unflattering percentages in Spain, although logically the rival’s did not improve much. LMondelo’s ace kept the defense on the restart, but the attack was not inspired despite a good restart (25-29).

Queralt Casas left good minutes, and the actions of Carrera and Silvia Domínguez gave the encouragement that Spain and the public of La Fonteta needed. Belarus did not take its toll, and found Papova again, well led by Bentley. With Laura Gil giving her all in defense, Spain failed to stop those two loose ends.

Ouviña signed the tie but failed to put Spain ahead and with 8 seconds to go, Bentley created the winning play. A blow that cannot sting more than the account to those of Mondelo, since in 24 hours they return to play, the second game of this first phase against Sweden, forced to react.