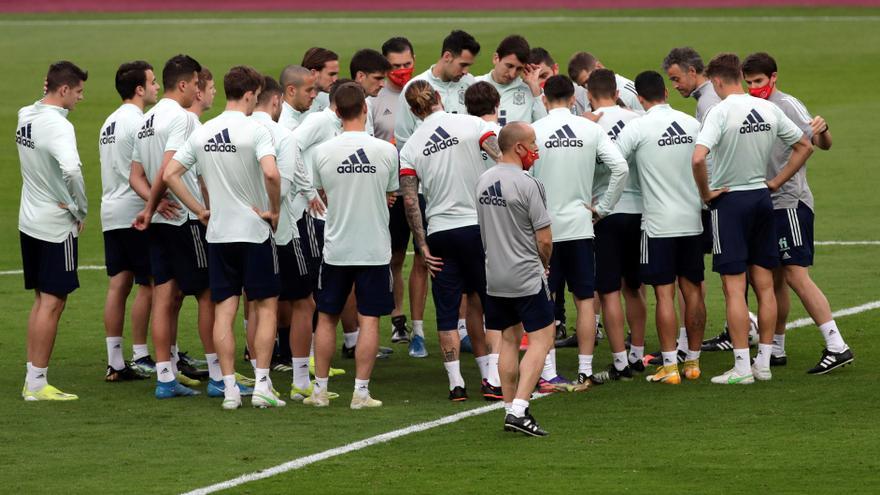 The Spanish soccer team faces this Wednesday at the La Cartuja Stadium (8:45 p.m. / TVE) the third and last day of the first ‘window’ of the qualifying phase of the World Cup in Qatar 2022, a new opportunity for Luis Enrique’s men to wash their face after two first thick matches against the weakest rival in Group B, bottom Kosovo.

Four months later, ‘la Roja’ returns to Seville, the scene of the best match of the ‘Luis Enrique era’; On November 17, 2020, the Spanish team was wrecking on the banks of the Guadalquivir no less than Germany (6-0), a humiliating Nations League defeat that possibly ruled the future of Joachim Löw away from the ‘Mannschaft’.

However, far from that verve and effectiveness, Spain has shown its lack of fluency at the beginning of their journey to Qatar, where doubts have emerged after the first two games. On Thursday in Granada, he let two points escape against Greece after going ahead of half an hour with a goal from Álvaro Morata; Bakasetas, from a penalty, neutralized the initial goal to sign the tie.

On Sunday, only a goal from Dani Olmo in the discount allowed him not to stumble again in Tbilisi against Georgia (1-2), all in a match in which the national coach revolutionized his eleven with up to seven changes and in which the local team, spurred on by their public, managed to go ahead to rest.

A) Yes, Luis Enrique’s are second with 4 points in a Group B led by Sweden of the reborn Zlatan Ibrahimovic, who has won both of his commitments thus far. The Scandinavian team rests this day, a circumstance that the Spanish can take advantage of to momentarily rise to the leadership.

The captain Sergio Ramos, without minutes in Georgia and who played only the first half against the Hellenic team, it seems that he will return to the defense axis to form a couple with Íñigo Martínez, also absent from the beginning in Tbilisi. Dani Olmo, Canales, Thiago and Marcos Llorente could also return to the eleven in Seville. While the main novelty could be above, with Villarreal striker Gerard Moreno, current Spanish top scorer of LaLiga Santander and that he did not participate in the first two crashes due to muscular discomfort, giving relief to Morata. The goal seems to remain the domain of Unai Simón, although it would not be strange if David de Gea had his chance.

Now, ‘la Roja’ will face a duel not without controversy, diplomatic in this case, since Spain does not recognize Kosovo as a state – like Serbia, Russia and China and unlike the rest of the European Union. In the draw for the qualifying phase, the RFEF referred to him as ‘Kosovo territory’, a name that aroused great anger between the federation and the Kosovar authorities, who even threatened not to appear in Seville. Unlike the Spanish state, FIFA already accepted Kosovo as a new member association at its 2016 Mexico Congress, a decision also made by IOC and UEFA.

The Spanish refusal to recognize the Balkan republic already cost it a IOC reprimand -which came to ask the international federations not to award the organization of tournaments to Spain- in 2018, when the local authorities prevented the use of the flag and the name of Kosovo in the Karate World Cup in Madrid; In 2019, the consequences of a lack of recognition were worse, with UEFA withdrawing Alcoi and Benidorm from organizing a U-17 qualifying tournament.

In this way, the It will be unknown how and in what way the Kosovar symbols will be displayed, like the flag and the anthem, before the meeting at La Cartuja; by not allowing them to be exhibited, Spain would be in breach of the Olympic protocol, so it will have to find a solution that satisfies all parties.

In the sports field, the team led by the Swiss Bernard Challandes, who came close to qualifying for Euro 2020, occupies the last position in Group B after failing to score in his only commitment so far; at the Fadil Vokrri stadium in Pristina – where they thrashed Lithuania (4-0) in a friendly four days earlier – they fell to Sweden (0-3) and ended up with one less due to the expulsion of Bernard Berisha.

The Russian Grozny midfielder will not be able to join a team in Seville this Tuesday that includes Lazio striker Vedat Muriqi, the Balkan’s top scorer, or Werder Bremen winger Milot Rashica.