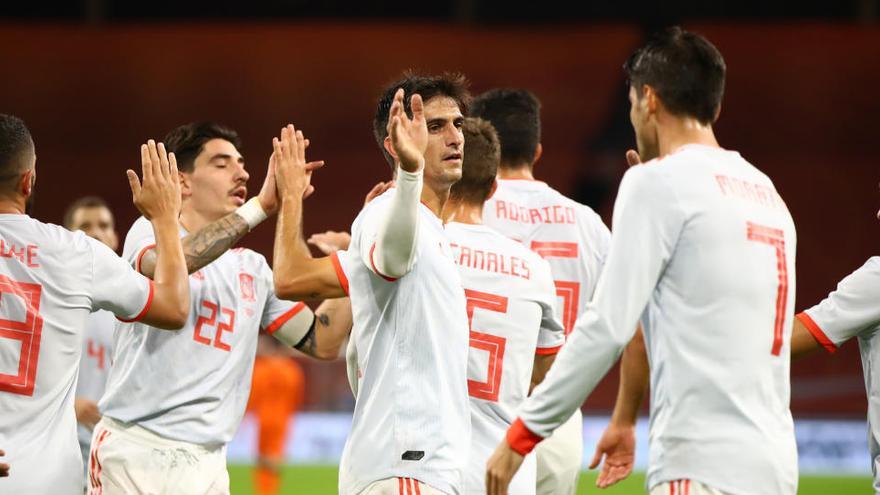 Spain will start this Saturday before Switzerland the series of two key games in the League of Nations in which the coach Luis Enrique Martinez I could take a leap forward on the bench Spanish selection, who awaits the first success of the Asturian coach with a ticket to the final phase of the tournament.

Until now, Luis Enrique’s career with Spain has not had all the desired continuity to be able to evaluate its evolution. In 2018, when he first acceded to the position, he led Spain in the previous edition of the League of Nations and finished in second place in group A with no options to fight for the title.

Later, a personal problem separated him from the qualifying phase for the Eurocup (he barely managed the first match against Norway) and, sealing Spain’s pass with Robert Moreno in front, Luis Enrique, on his return, could not lead the “Roja” in the continental tournament because of the coronavirus.

His second stage began where he began his career with Spain, in the League of Nations. Now, in just three days, Luis Enrique and his team You will have the option of closing the first phase with a prestigious leadership.

At the moment, Spain, after four games, leads group 4 with seven points after drawing against Germany (1-1), winning and losing with Ukraine (4-0 and 1-0) and defeating Switzerland (1-0). With a point of advantage over Germans and Ukrainians, the duel against Switzerland, the prelude to the one they will have to play against Germany, will mark the final destiny of Spain in the League of Nations.

Luis Enrique’s painting will arrive at the appointment after sign a draw in the friendly against the Netherlands (1-1) at the Johan Cruyff Arena in Amsterdam. With a majority of players who will probably be substitutes against Switzerland, Spain fulfilled in a clash in which the worst part was taken by left-back José Luis Gayà, who suffered a violent blow to the head of Hans Hateboer that forced the player to be summoned from Getafe Marc Cucurella.

Although Gayà evolves favorably and has even already worked together with the rest of his colleagues in a smooth way, he will give up his position to Sergio Reguilón, who will be the owner of the left side of the rear. The rest of the line-up will also suffer a tumble and names that completed a great meeting such as goalkeeper Unai Simón, saved surprise, they will see the crash from the bench.

So just Alvaro Morata could repeat in eleven, although Ferran Torres press hard and could put the Juventus forward on the bench. Other names like David De Gea, Sergio Ramos, Sergio Busquets or Mikel Oyarzabal will appear as news regarding the clash against the Netherlands. With them, Luis Enrique hopes to touch the button of success.

In front, you will find a team that does not want to lose the category and finish in League B. Switzerland has just accumulated two points thanks to its draws against Germany (1-1 and 3-3) and Vladimir Petkovic’s players are warned of the consequences for your team in the event of a relegation.

The impact would be economic and sporting. First, the attractiveness of the competition for the Swiss fans would be lowered by a decrease in the level of the national teams. Further, the Swiss Football Federation would notice the consequences. The bonuses are lower: instead of 2.5 million entry bonuses, League B teams receive 1.5. They also receive fewer amounts of finishing in the first position of a group (1.5 million times 2.25).

And, a decrease, would also affect the qualifying round of the Qatar 2022 World Cup. The draw and the location of the best drums will depend on the world ranking of each team that FIFA publish next November 26. The top ten teams in Europe will be placed in Pot 1. The Swiss side is currently eleventh and must win their two games to move up.

Those arguments are enough for Petkovic’s team, which cannot enter the fight for victory, to try to beat Spain. And, for the moment, his preparation match did not go well after falling in the friendly against Belgium (2-1) in which the Bosnian coach could once again have Manuel Akanji and Renato Steffen absent due to coronavirus in the previous call. Only the injured Denis Zakaria and Kevin Mbabu could not be called up by their coach, who has his best men.

The The line-up against Spain will undergo some changes compared to the one that fell against Belgium. Players such as goalkeeper Yann Sommer or Xherdan Shaqiri, Nico Elveldi, Ricardo Rodríguez, Silvan Widmer and Haris Seferovic, could make their appearance in Petkovic’s eleven to try to embitter Spain in their fifth game in the Nations League.