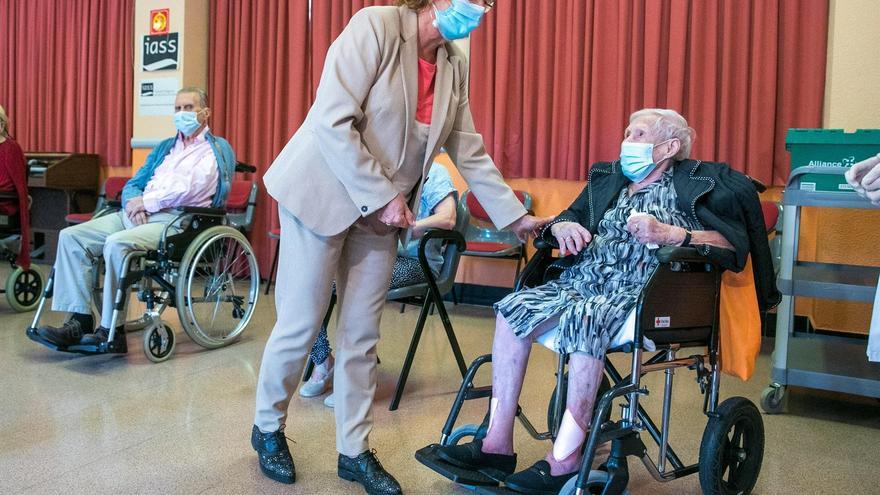 The incidence in Spain has fallen from the barrier of 90 infections per 100,000 inhabitants and stands this Monday at 83.43 cases per 100,000 inhabitants, figures that have not been seen for more than a year. Last week two symbolic records were broken: on Thursday Spain fell from the barrier of 100 incidence cases and the following day it registered the lowest figure in more than a year, with 91.21 cases.

The decrease in incidence is also replicated in all the autonomous communities. All age groups older than 12 are already below 100 incidence points, after the 12 to 19 group has dropped from that barrier after the weekend to 84.84. The only age group that is above that mark is that of under 12, precisely the only one that has not yet entered the vaccination process.

Spain has notified 5,988 new cases registered during the weekend this Monday, a decrease compared to the same day last week, when 7,804 new cases were registered. In total, 4,935,534 people have been infected by COVID since the start of the pandemic.

Catalonia, with 1,190; Andalusia, which adds 1,006 cases; and Madrid, which adds 775; They are the regions with the highest number of new cases after the weekend.

The health authorities have also reported 118 deaths registered since Friday, making a total of 85,901 deaths from COVID since the start of the pandemic. It is a slight increase compared to last Monday, when 116 deaths were reported.

Regarding hospital pressure, this Monday an ICU occupancy of 10.71% was registered, more than two percentage points less than last week. Regarding the occupancy of the beds, 3.06% has been reported. The communities with the greatest pressure in their hospitals are Madrid, with 20.19% of beds occupied in the ICU; Catalonia, with 17.21%; and Euskadi, with 14.87% occupancy in the ICU.

Advancement of vaccination against COVID: more than 36 million people have the complete guideline

More than 36 million people have the complete guideline in Spain, 36,005,546, 75.9% of the country's inhabitants, despite the fact that the rate has decreased compared to a few months ago. In addition, the country touches 79% of people with at least one anti-COVID puncture, almost 37 and a half million people. In total, 69,332,829 doses administered until this Monday.

The region that advances the most in vaccination is Asturias, with 83.3% of immunized people, followed by Galicia, with 82.7% of inhabitants with maximum protection, and Extremadura, with 81.2% of people with full guideline. At the tail end is still the Balearic Islands, which, although it already touches 70% of those vaccinated with both doses (69.2%), has more delay in the rate of vaccination than other communities.