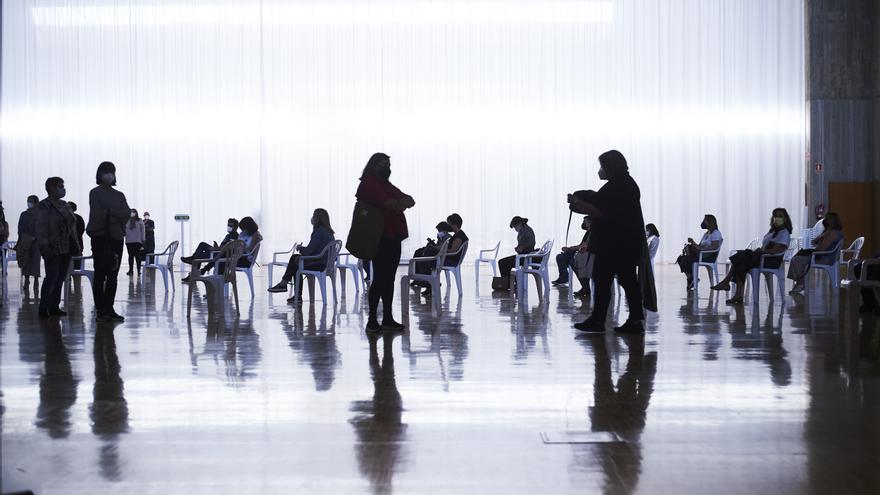 Spain has added 9,732 infections after the weekend, registering the best Monday since the end of July. The figure brings the total infected during the pandemic to 3,678,390 people. Contagions rise especially in Andalusia, with 2,998 notified since Friday; Madrid, with 1,557; and Euskadi, which totals 862.

The 14-day incidence rate continues its downward trajectory and stands at 121.75 cases per 100,000 inhabitants, according to the latest report from the Ministry of Health. The curve of this indicator has not stopped falling for more than a month, specifically on April 23, when the peak of the fourth wave was reached.

In the death section, 48 registered since Friday have been added. It is also the best figure after a weekend since late summer, specifically since August 24, when 34 deaths were reported. The global count of deaths since the beginning of the health crisis amounts to 79,953.

The situation in hospitals remains stable after the weekend. There are a total of 4,858 admitted with COVID pathology in Spain, 3.91% of all beds, while 1,347 patients are in ICU beds. The occupancy of this section drops 14% (13.98).

This Monday, Spain has exceeded nine million vaccinated with the complete schedule necessary to guarantee maximum immunity against COVID, 19.4% of the population. In addition, more than 18 million already have at least the first injection, 38%.

The communities are thus approaching the second objective of the Government’s vaccination plan, which is to reach 10 million vaccinated with a full schedule in the first week of June and 14 million in the week of June 14.

In total, after 693,948 this weekend, 26.8 million doses of some of the antidotes available against COVID-19 have been administered.

By population groups, 95% of those over 60 years of age have at least one dose and 60.1% already have the complete vaccination schedule (two doses with Pfizer, Moderna or AstraZeneca or one with Janssen).

Four months ago, Spain looked with admiration and impatience to the United Kingdom and Israel. The vaccine was beginning to make itself felt in its deaths, hospitals and contagion curves, while the rest of Europe was slowly recovering from a dramatic third wave. Today, the benefits are tangible also on our epidemiological indicators and in an increasingly consolidated way. The interactive chart above shows this clearly in the case of those over 80 years of age, since they are the only ones with a coverage close to 100%.

This group suffered 60% of the deaths from the pandemic, so protecting them was the main priority of the vaccination plan. At the end of March, a month after having started with everyone over 80 and not just the inmates in residences cases and deaths had already dropped sensationally: infections represented 9.1% compared to the peak of the third wave and deaths, 12%. Right now, both are down 3% and 2.2%, respectively.