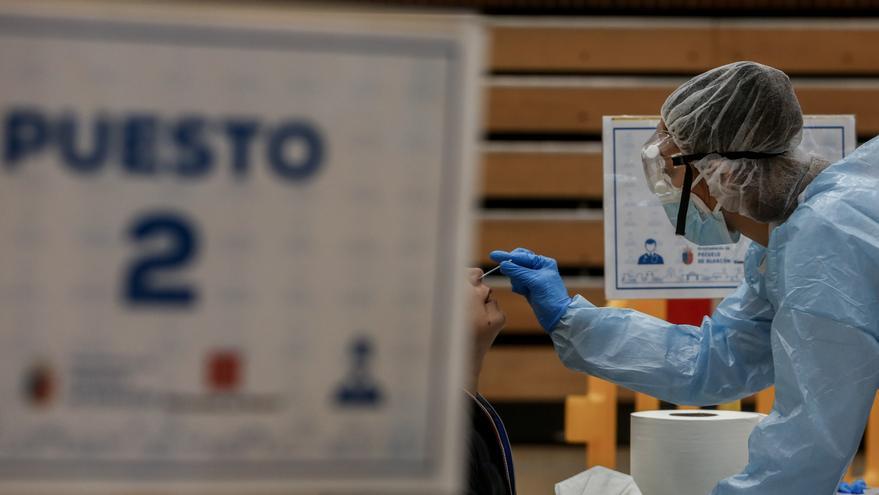 Spain has registered the highest daily death toll with coronavirus from the second wave of the pandemic on Tuesday. Health has added 411 people who died with COVID-19 to the total balance, which now reaches 39,759 deaths since the start of the health crisis. Of these, 1,209 have died in the last seven days.

The Ministry of Health has registered 17,395 new cases of coronavirus, of which 7,552 were diagnosed in the last 24 hours. In total, 1,398,613 people have been infected in Spain since the beginning of the health crisis. The figure incorporated in this day represents a decrease compared to 22,516 on Friday, the closest day with which it can be compared, since on Monday the weekend cases are also reported.

In the hospitalization section, 4,924 people have been admitted in the last seven days. In total, there are currently 20,943 people with COVID-19 in a hospital bed, representing 16.91% of the total. The percentage is almost double in the case of ICUs. There are 3,064 patients admitted to intensive care units, which occupy 31.7% of the total.

This same Tuesday, the Minister of Health, Salvador Illa, has communicated that his department expects to receive the first doses of the COVID-19 vaccine “early next year.” The estimate is that Spain can immunize about 10 million people with the vaccine from the pharmaceutical company Pfizer, which has reported that in its preliminary results of a phase III clinical trial it has a efficiency of more than 90%.

“We began to see the light at the end of the tunnel,” said the head of Health in an interview on TVE in which he announced “more contracts with Pfizer and other companies.” In the same line it has manifested the Minister of Science, Pedro Duque, which has highlighted that “until yesterday, the fact that a vaccine could be made was a hope” but now there is “the certainty that it can be done.” It has warned, yes, that there are still “many uncertainties about commercial vaccines, such as how long the immunity will last.”