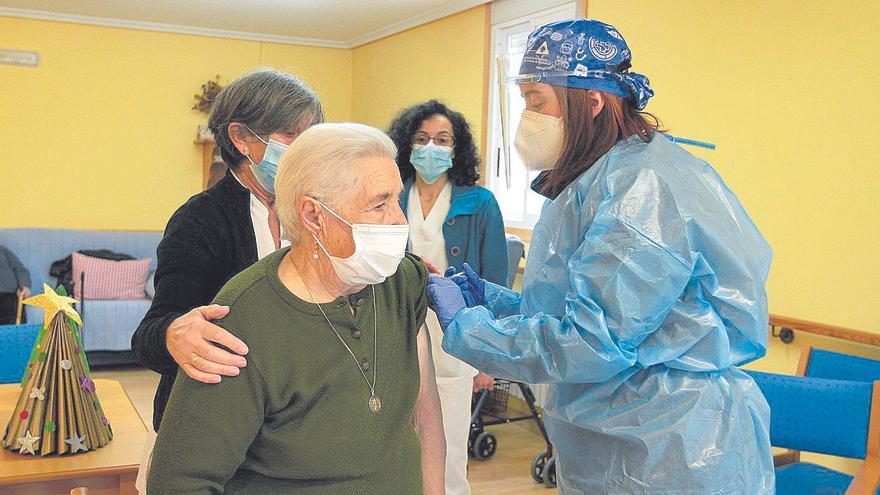 The Covid-19 vaccine it continues to curb infections and deaths in nursing homes, but deaths are still being recorded. Thus, during the past week there were eleven deaths, four of them in Catalonia, which is the region with the highest number. These are data for the week of May 3 to 9, according to the report that Imserso began to publish at the beginning of March and which is updated every Friday with the information provided by the autonomous communities. In addition to the four elderly deceased in Catalonia, there have been two deaths associated with the virus in the Basque Country; two others in Castilla-La Mancha; one in Aragon; another in Castilla y León; and one in the autonomous city of Melilla.

According to the report, also in one week, infections have risen to 71 in homes for the elderly, a figure that rises to 75 if centers for people with disabilities and other social services accommodation are added to those homes.

Eight were the autonomous communities in which there was not a single case of coronavirus last week in the residences of the elderlys: Asturias, Balearic Islands, Canary Islands, Valencian Community, Extremadura, Murcia, Navarra and La Rioja, as well as in Ceuta and Melilla. On the contrary, 22 were registered in Madrid; 15 in Catalonia; eight in Aragon; eight in Cantabria, six in Castilla y León; five in Galicia; four in Castilla-La Mancha; two in Andalusia; and one in the Basque Country.

However, the data differ greatly from those recorded in January, before the second dose of the vaccine began to be administered, since 4,916 clinical pictures were diagnosed. Already in February there were 202 positive cases, falling to 111 in the last week of the same month and to the current 75 in all residential centers.

So far this year, 18,636 people have contracted the infection in residences, of which 16,929 correspond to centers for the elderly. The number of deaths from January 1 of this year to May 9 is 3,893 (20.9% fatality rate) in all residential centers, of which 3,794 died in the elderly.

Likewise, if deaths are counted since March 14, 2020, when the first alarm state, the deaths in all the centers that the Imserso takes into account are 30,238. Of this figure, 29,588 correspond to nursing homes.

On the other hand, it should be noted that the Indian variant continues to add cases in Spain. In fact, the Covid-19 outbreak detected in the Emerald Leader cargo ship, anchored in Vigo and currently in quarantine, is also of this strain.

The results were confirmed by the Microbiology Service of Hospital Álvaro Cunqueiro after sequencing the samples. In addition, according to the Galician Health Service (Sergas), on Thursday another of the freighter’s crew entered the Vithas de Vigo, so there are already five hospitalized, one of them in intensive care, due to a focus that, for now, , has generated ten positives. In addition, eight crew members of the sister ship of the Emerald Leader are admitted to the hospital: the Prometheus Leader, which has already completed its quarantine and is docked in the Port of Bouzas to continue its route to Belgium with a new crew, something that will do imminently.

This Singapore-flagged ship arrived at the Port of Vigo from Southampton on April 27, after an outbreak of coronavirus was detected on board. Four days later, the Hospital Álvaro Cunqueiro Microbiology Service confirmed the presence of the Indian variant, specifically subvariant B1.617 2.

After a few days, the Emerald Leader arrived, a ship owned by the same shipowner but with the Bahamian flag, which will remain at anchor until Foreign Health lifts the quarantine.