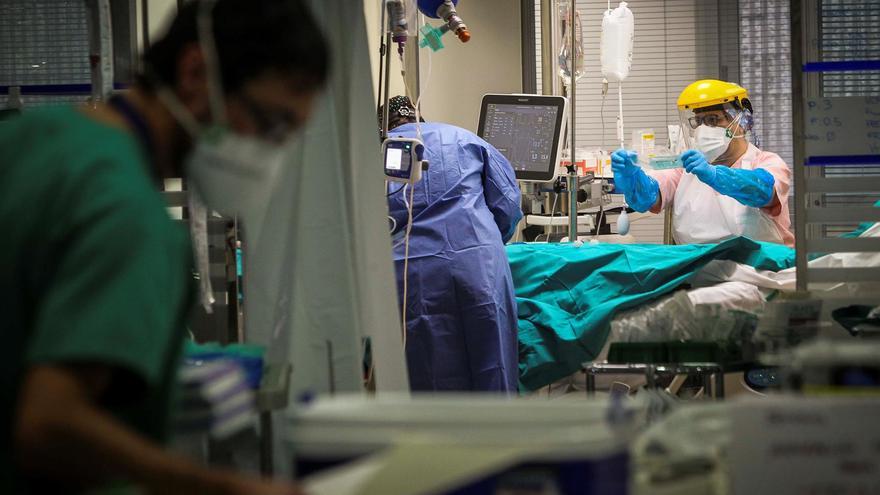 Euskadi has come out of the extreme risk that Health marks for the transmission of the coronavirus, by lowering its incidence of 250 cases per 100,000 inhabitants in the last 14 days. In the balance of this Friday, the data is 225.44 positives. At the national level, it is second from the tail after Madrid, which has an AI of 225.51. At the beginning of this week, there were almost 60 points of difference between the two regions: Madrid’s incidence was 239, while that of Euskadi stood at 295. The distance between the two was even greater – 100 points – eleven days ago: 302 versus 401.

Above the country’s average there are nine regions and in a situation of new normality are the Valencian Community (29.88) and the Balearic Islands (42.00).

The death toll continues to decline, which, after marking this Thursday, this Friday is once again the lowest figure since the end of August. Health has added 19 new deaths, bringing the total number of deaths to 79,620, of which 146 have occurred in the last seven days.

In addition, 4,792 new coronavirus infections have been registered today. This is a lower figure than yesterday, when they were 5,733. In total, since the pandemic began more than a year ago, 3,636,453 people confirmed by tests have been infected in Spain.

The communities have administered 23,962,365 doses of some of the vaccines against COVID-19, after the 459,280 administered in the last 24 hours, according to the latest report from the Ministry of Health.

More than 7.8 million people already have the complete vaccination schedule (two doses with Pfizer, Moderna or AstraZeneca or a single puncture with Janssen), 16.6% of the population, and more than 16.3 million people have at least one first injection. It is about 34.5% of the inhabitants.

By age groups, 93.5% of those over 60 have at least one dose and this Thursday, 50% of those vaccinated with a complete schedule in this age range were exceeded. In addition, almost 100% (99.4%) of those over 80 have the complete vaccination schedule. The injection of first doses has also been practically completed among those aged 70 and 79, with 96.2%. Of that group, 77.9% have the complete pattern.

Asturias remains the region with the largest fully immunized population: 27.6% have received the complete guideline. They are followed by Castilla y León, with 27.1%, and Galicia, with 25.5%.

These data arrive on the same day that the Ministry of Health has included in the latest vaccination strategy against COVID-19 a model of informed consent for people under 60 years of age who received a first dose of AstraZeneca / Oxford between February and April and now do not want to receive Pfizer / BioNTech, but prefer to receive another dose of AstraZeneca.

This Friday, the Ministry of Health has included in the latest vaccination strategy against COVID-19 a model of informed consent for the people under 60 years of age who received a first dose of AstraZeneca / Oxford between February and April and now do not want to receive Pfizer / BioNTech, but prefer to receive another AstraZeneca.

The option that the Ministry agreed with the communities last Tuesday was that, by default, these people under 60, for whom vaccination is suspended with the first drug since April 7, would be given a dose of Pfizer. That was the position defended by Health, but several autonomous communities were against it and wanted to give AstraZeneca as second. For this reason, Health yielded to this possible intermediate route and entrusted the Bioethics Committee of Spain with the preparation of a report detailing whether this was feasible. The report has been published this Friday as planned and it has been favorable, so Health has put the consent model in an annex.