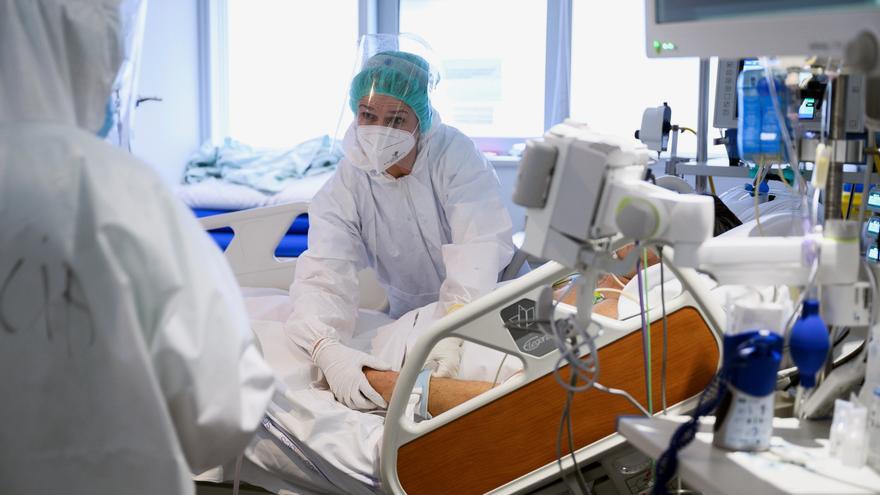 The number of deaths this weekend amounts to 702, which represents a slight truce with respect to the upward trend that had been registered on weekends since the beginning of the month. Last weekend was the deadliest since the first wave, with 909 deaths. The deaths reported since the start of the pandemic in Spain amounted to 65,449 this Monday.

The Ministry of Health has registered 30,251 new infections this Monday since Friday. This is a decrease from the previous weekend, when 47,095 were reported. In total, since the beginning of the pandemic, 3,086,286 people confirmed by test have been infected in Spain.

By autonomous communities, Catalonia leads the classification of infections with 6,810 in the last day; followed by Andalusia, which totals 6,139; Madrid, with 4,453; and the Valencian Community, which adds 3,979 positives.

The accumulated incidence marks this Monday 416.91 cases per 100,000 inhabitants in the last 14 days, it is the lowest figure since last January 8, 80 points below the registered last Friday, it was 496.01 cases. The data, however, continues to be almost double that set by Health as “extreme risk”.

Asturias and Castilla y León lead immunization, with Ceuta and Melilla at the tail

The number of citizens immunized in Spain against the coronavirus reaches 1,070,091 people this Monday. The symbolic barrier of one million was broken last Friday, 48 days after the first dose was administered in a nursing home.

In total, according to data from the activity report published each afternoon by the Ministry of Health, since the vaccination campaign began, a total of 2,561,608 doses have been administered, 87.9% of the total received.

At the moment the vaccines that are being administered are those from Pfizer / BioNtech, Moderna and AstraZeneca. It is expected that the Janssen / J & J and the Sanofi Pasteur / GSK will also be approved and administered in the coming weeks.

Of the vaccines administered so far, 2,441,133 correspond to that of Pfizer-BioNtech (the first brand that was authorized in Spain), 94,847 are from Moderna and 25,628 from AstraZeneca-Oxford.

These data are published in a context in which 65,000 doses per day are inoculated in Spain, so to reach the target of 70% of the population vaccinated in summer, the rate should rise to 300,000 daily doses, which would be about two million injections a week. Experts see it possible if supply is increased.