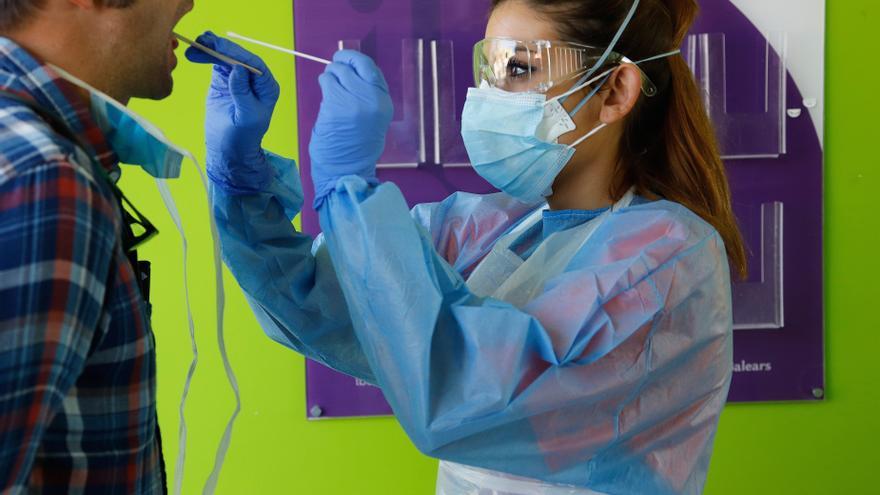 The Ministry of Health has added 6,361 cases to the register of coronavirus infections since Friday, up to a total of 278,782 infected since the pandemic began. Of these, 855 cases have been registered in the last day, after the 922 reported on Friday.

Of the total of new cases registered, the majority corresponds to Catalonia, which has reported 2,694 cases since Friday, beating Madrid in the total count since the start of the pandemic. It already registers 75,613 cases. Aragon, another of the regions most affected by outbreaks, has added 1,238 cases to the Health balance in the last three days.

The Community of Madrid has informed Healthcare of 756 new cases since Friday. The Basque Country has notified 438; Andalusia, 279; Navarra, 240; and Murcia has notified 103.

The director of the Center for Health Alerts and Emergencies has ruled out that Spain is facing a second wave of coronavirus, “as long as we do not believe that transmission is uncontrolled.” In his opinion, “right now in most of Spain there is no such risk” and he called to observe the effects of “the measures that have been implemented in Catalonia and Aragon”.

For the expert, “Aragon is being very brave and Catalonia has not been left behind”, but “perhaps we would have liked certain measures to have been applied a little earlier” although he acknowledges that “in the past, it is very easy to speak”.

Healthcare has registered two more deaths than on Friday, up to a total of 28,434 deaths with coronavirus. Of these, six have been registered in the last week.

In the last seven days, 349 people have been admitted to hospital. About a third, 118, in Aragon. A figure that, in the opinion of the director of the Coordination Center for Health Alerts and Emergencies of the Ministry of Health, Fernando Simón, “does not imply pressure or stress on the system, at least for now.”

Simón explained that the average age of new infections continues to decrease. If some health authorities attributed the bulk of the new cases to seasonal workers, now they are “seeing a greater decrease -in age- because the number of cases is progressively moving towards young people associated with nightlife or family or family parties. friends “, explained the technician.

At a press conference, the head of the CCAES has also detailed the cases imported into Spain, “around 100, weekly” although with “very different characteristics according to communities”. “Some by irregular immigration, of people who enter the boat and when doing the screening they are detected”, explained Simón, “but also of international flights.”

Specifically, in the last two months, 195 people with coronavirus have entered Spain on planes from other countries on 140 flights. “Most brought a single infected,” said Simon, who has indicated that, although most come “from the areas with the highest incidence, which are Latin America and the US,” some have come “from countries around us, which cases also matter “, such as France, Germany or the United Kingdom.

“The virus circulates, not only in Spain, throughout Europe, throughout the world, but continues to circulate in our environment,” insisted the technician, who stressed: “The virus is circulating in Europe with increasing intensity.” In relation to the restrictions imposed by the United Kingdom and the recommendations of some countries not to travel to Spain, the Health spokesman has reasoned that “if we try to establish European preventive measures on a risk that affects us all, we should agree on the measurements”. However, when asked by journalists, he thanked “that the Belgians decide not to come to Spain, it is a problem that they take away from us, less risk of importing cases.”