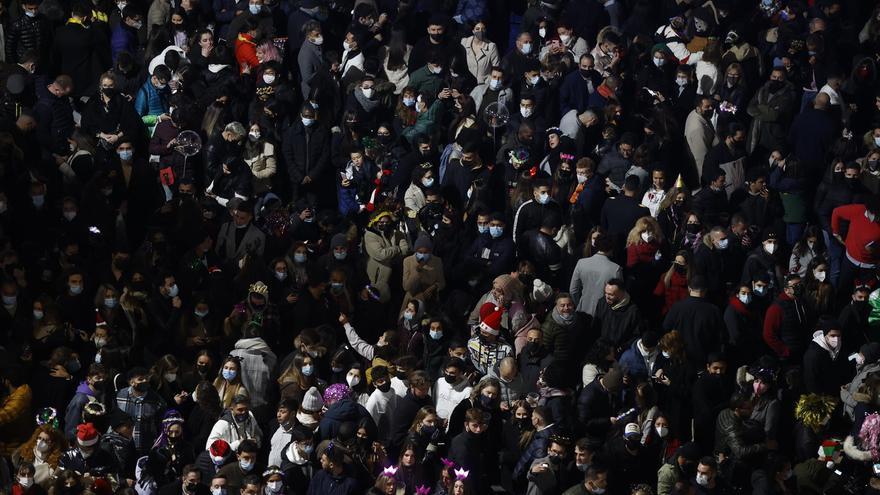 Spain begins the year with a new incidence record. Infections per 100,000 inhabitants in the last 15 days already amount to 2,295, a rise of 520.53 points from Thursday. This indicator thus chains more than a week in absolute maximums since the beginning of the pandemic. Since the days before Christmas, infections have skyrocketed.

Navarra is the community that maintains the highest incidence, with more than double the number of cases than the national average, more than 5,523 infections per 100,000 inhabitants. Euskadi, with 4,142; La Rioja, with 2,916; and Catalonia, slightly above 2,600; they are the next regions with the worst data.

The curves are still very irregular depending on the age group, although those over 70 and 80, which until a week ago were still at moderate rates, below 500 cases, are now at 750 and 697 cases respectively. The most affected group is between 20 and 29, with an incidence of over 3,600 infections.

The weekend, with Friday 31 included, has left 372,766 new cases of coronavirus. The figure is comparable to last week, when adding the infections from December 24 to 26, 214,619 positives were reported. Thus, the ascent of infections continues without ceiling. In total, 6,667,511 people have been infected with coronavirus since the start of the pandemic.

Catalonia, with 68,587 new cases; Andalusia, which totals 52,875; and Euskadi, which contributes 38,118 to the global balance; They are the communities that have reported the most new cases since Thursday.

The number of deaths remains more stable, although since Thursday there have been 168 deaths due to the coronavirus or this disease, reaching a total of 89,573 deaths since the beginning of the health crisis, in March 2020.

Hospitalizations are also on the rise, although at the moment much more moderate than that of infections. This Monday, however, ICU occupancy at the national level already exceeds 20%, something that had not happened since August 23, a month after the peak of cases in the fifth wave of the pandemic. In total, there are 1,974 patients admitted to intensive care. The community with the worst situation in its ICUs is Catalonia, with a saturation of 40%.

In general, there are 12,339 admitted with a coronavirus diagnosis in hospitals, a 10% occupancy of beds.

In this way, compared to the scenario after Christmas last year, right now Spain registers three times more infections, but a third of hospitalized and admitted to ICUs. The deceased are 10% of those who occurred at that time.

80% of the population already has the complete vaccine regimen

80% of the total population of Spain already has the complete schedule of the COVID vaccine, that is, two doses of Pfizer, Moderna or AstraZeneca, or one of Janssen. They are in total more than 38 million people.

The communities have also exceeded 90% of the population over 12 years of age with maximum immunity this Monday. 92% have at least the first dose of the vaccine.

Spain also continues to advance with the inoculation of booster doses and 52% of those over 40 years of age already have this additional dose to increase immunity. More than 88% of those over 70 have the extra puncture. Also those vaccinated with Janssen, the single-dose antidote, are receiving a second injection. There is already 62% with the booster dose.

Children from 5 to 11 years old, the last to join the vaccination campaign, have been receiving a first dose of Pfizer for weeks. There are already more than 964,000 people with the vaccine, 28.8% of all children in this age group.

In the middle of the sixth wave, with this outbreak of infections never seen before, the immunologist Marcos López Hoyos (Torrelavega, 1968), states emphatically that the COVID-19 vaccine is "totally effective" and as proof provides a piece of information: "The unvaccinated enter the order of 80 times more than the vaccinated, and that is unquestionable." And is that the president of the Spanish Immunology Society reiterates that the goal for the new year should be to get the entire population under 50 years of age to be vaccinated, since there are three million people in the country who have not been inoculated: "There is an important niche of the population between 30 and 49 years old without receiving a single dose," he argues with some anger.

The also head of the Immunology Service of the Marqués de Valdecilla University Hospital in Santander appeals that reinfections are not as frequent "as they say on the street," and assures that the coronavirus cannot be caught infinitely many times "because immunity is being generated "