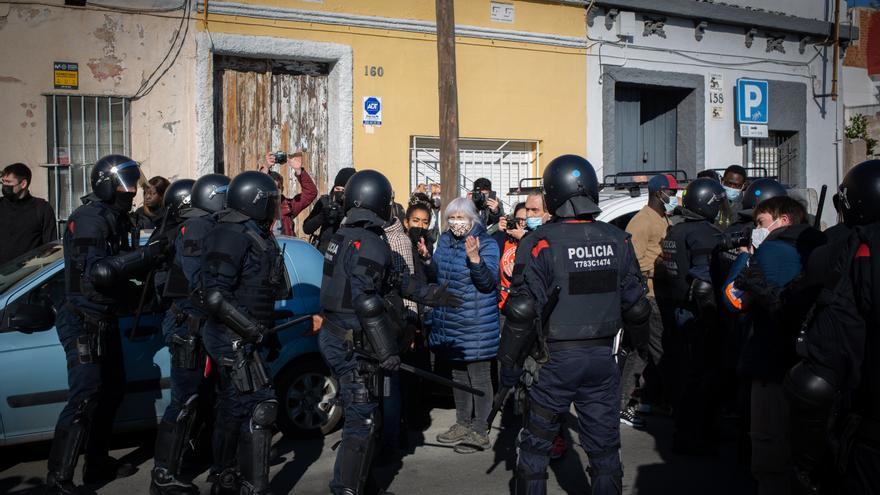 The 'squats' from households They grew by 18% in Spain when 13,389 cases were recorded until September 2021, according to the latest data recorded by the Ministry of Interior. Catalonia continues to lead the autonomous communities with 5,689 'squats', 42% of the total, a figure that quadruples that of the Community of Madrid (1,282 cases) and almost triples that of Andalusia (1,994 cases).

The official statistics, consulted by Europa Press, confirm the upward trend of this phenomenon in the last year, coinciding with the september 2020 instructions issued by the State Attorney General's Office and the Ministry of the Interior to deal with both home invasion and usurpations.

Catalonia experiences an increase of 9.1% in this type of behavior in the accumulated from January to September 2021, when compared to 2020, a year marked by movement restrictions due to the COVID pandemic and which closed with 14,792 facts known by the State Security Forces and Corps throughout Spain. Of these, last year 6,647 cases were concentrated in Catalonia (almost 45% of the total).

Within Catalonia, the data from the province of Barcelona stands out, the most populous of the four provinces, since it adds 4,229 'squats' between January and September of this year, that is, 74% of all facts that are known in this autonomous community.

If the accumulated figure for January-September 2021 is compared with that of 2020, the Madrid's community suffers an increase of 24.8% in this type of crime, while Andalusia grows by 11.1%. Among the regions with the largest number of inhabitants, the Valencian Community also stands out, registering 968 'squats' compared to 706 between January-September 2020.

On September 17, after a summer with news about property occupations that led to a political debate, the Ministry of the Interior published an instruction with the 'Action Protocol of the State Security Forces and Bodies in the illegal occupation of real estate' to unify action criteria.

The State Attorney General's Office did the same in its instruction 1/2020 to expedite the precautionary measures and facilitate the eviction when a crime of trespassing is incurred.

The Ministry of the Interior recognized the "confusion and social alarm", and related it to the differences between home invasion and usurpation: in the first cases, it is contemplated that the Security Forces evict both first and second homes "without the need to request judicial measures, in the case of flagrant crime, directly and immediately", including the "identification of the occupants and their arrest if necessary".

Specifically, it ordered that the State Security Forces and Bodies prepare more precise reports that allow the immediate eviction and detention without the need to request judicial measures in the event of a flagrant crime. From now on, it was necessary to record forced doors and windows, coercion of the owner and neighbors or irregular consumption of electricity and water.