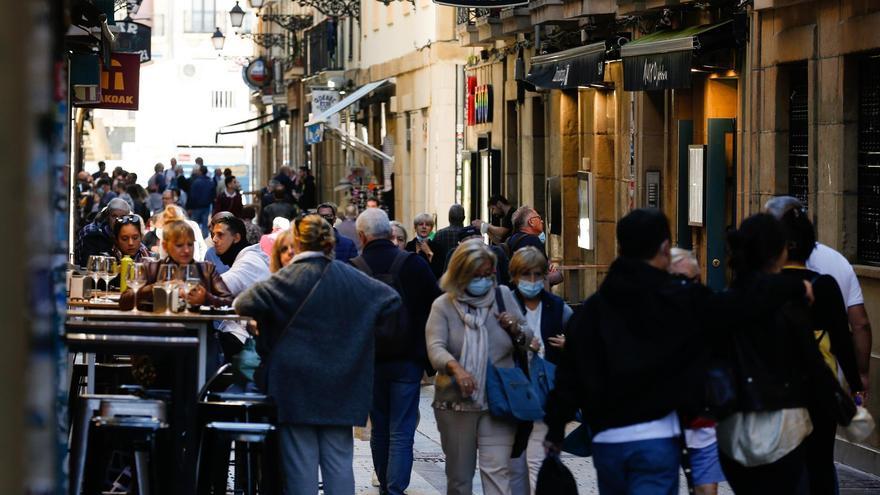 The incidence has fallen from the barrier of 50 cases, specifically 48.92 cases per 100,000 inhabitants that place Spain in the low risk range of contagion by COVID for the first time since July 28, 2020, according to the criteria of the Ministry of Health. The next milestone to be reached would be the ‘new normal’, achieved with less than 25 cases per 100,000 inhabitants, which was last reported in mid-July 2020.

Starting in the summer of 2020, the COVID-19 incidence curve began to rise, with the end of the summer showing a slight decline, but then climbing again until reaching the peak of the wave in early November. With Christmas 2020, infections began to rise again, and at the end of January there were maximum figures that were around 900 cases of accumulated incidence. The institutions again took more restrictive measures together with the start of the vaccination campaign, and the curve was flattened in March, when the cases fell to 127. After that, a slight increase was experienced in April, and from there to the last wave: the summer wave of 2021, which peaked at the end of July, with around 700 cases per 100,000 inhabitants.

Spain has notified this Thursday 1,807 new infections. In total, 4,971,310 people have been infected by COVID since the start of the pandemic. It represents a decrease since this Wednesday, when 2,303 new cases of COVID-19 were registered.

Both the death and hospital pressure figures continue to progress downward, although with slight changes. This Thursday the best record of hospitalized patients since the data began to be recorded is reported: never before have fewer than 2,100 people hospitalized with COVID been registered. The hospital occupancy rate stands at 1.71%, a decrease compared to recent days, while the ICU occupancy rate stands at 6.02%.

Health authorities have also reported 23 deaths, making a total of 86,701 deaths from COVID since the start of the pandemic. This is a decrease in deaths compared to this Wednesday, when 57 deaths were reported.

Catalunya, which adds 335 new cases; Andalusia, with 296 new ones; and Madrid, with 266 positives, are the regions with the highest number of new cases. All the autonomous communities lower the incidence. Specifically, ten already fall into the range considered as low risk for COVID for having fallen below the barrier of 50 cases of incidence, according to the health traffic light: Extremadura (47), Castilla-La Mancha (47), Canarias (45), Navarra (44), La Rioja (39), Valencian Community (38), Andalusia (36), Castilla y León (33), Galicia (19), and Asturias (15). These last two, Galicia and Asturias, are already in what is known as the ‘new normal’, reporting less than 25 cases of incidence, according to Health criteria.

The incidence rate of COVID-19 has dropped in the Basque Country for the first time from 60 cases per 100,000 inhabitants in 14 days, the threshold considered as epidemiologically acceptable, although in the whole of Spain the reference is somewhat more demanding, 50. This milestone arrives on the first day without a health emergency and with the lifting of the bulk of restrictions except the use of masks and the 80% capacity in closed venues when more than 5,000 people gather.

Specifically, the data for this Wednesday is 59.19 after a day with 88 new positives, 1.5% of the tests carried out. However, Gipuzkoa is experiencing a slight rise -especially in Donostia- and is above 60. The R0 is greater than 1 (indicative of possible rises) also in Álava. In one week, the percentage of people with symptoms at the time of sampling has risen from 35.5% to 41.1%. What does mark the minimum is hospital occupancy. There are 71 people admitted with COVID-19. 31 of them are in critical condition in the ICU.