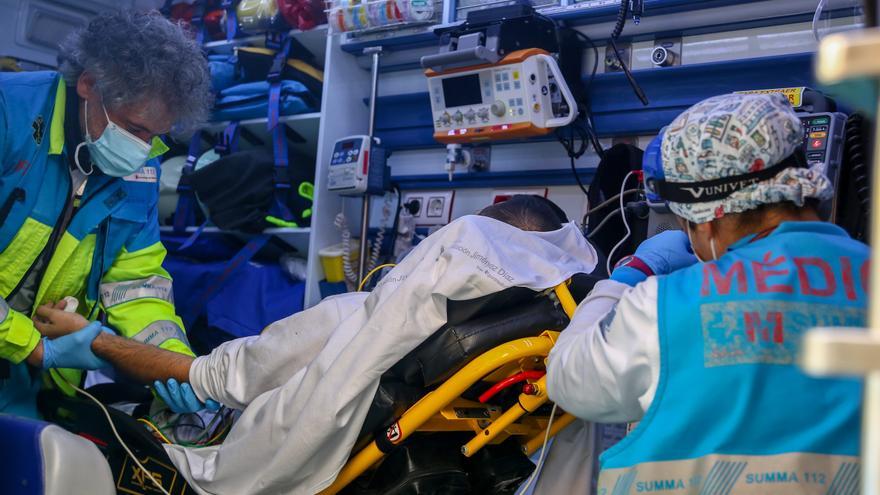 The Ministry of Health has registered 42,885 new cases of coronavirus, of which 18,187 have occurred in the last day. This is a lower figure than yesterday, when a new record of infections was set with 44,357 new cases. In total, since the beginning of the pandemic, 2,499,560 people confirmed by test have been infected in Spain.

Regarding the deceased, the health authorities have reported 400 new deaths, bringing the total number of victims to 55,441. Of these 1,411 have died in the last seven days.

The accumulated incidence continues to rise, already exceeding the barrier of 800 cases per 100,000 inhabitants in the last 14 days and stands at 828.57. In yesterday’s session, the data was 795.

For its part, healthcare pressure continues to increase. Currently, 27,462 COVID patients are admitted to hospitals, which represents 21.63% of bed occupancy. Of these, 3,908 are in the ICU: 37.61% of the beds in these units are intended only for patients with this pathology. In addition, in the last 24 hours, there have been 3,713 new hospital admissions and 2,685 people have been discharged.

These data arrive in a day in which Euskadi has announced that it confines all its municipalities and has decided to limit meetings to four people. However, it has ruled out advancing the closing of bars and shops to 7:00 p.m. by not being able to move the curfew to 8:00 p.m. However, the hotel business will automatically close in the red alert areas, which in practice could lead to a general closure in a few days, since bars and restaurants have already lowered the blind in Bilbao and Vitoria and Donostia present rates above of 400. In addition to these measures, adjustments are included in sports practices, to ensure above all the use of the mask in closed areas.

It has also announced new measures the Valencian Community, where meetings in homes between people who do not live together will be prohibited. It has been announced by Vice President Mónica Oltra, who has expressed that in this case it is taken into account that a large part of the infections originate in this area. Although there will be exceptions for cases such as people who need care, people who live alone and couples who do not live together.