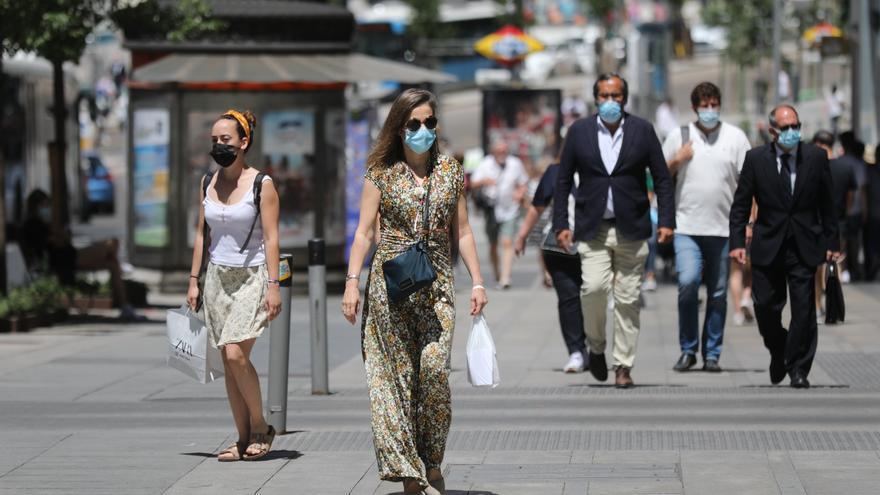 The incidence rate at 14 days has experienced a new rise after the weekend and once again exceeds the barrier of 100 cases per 100,000 inhabitants after registering 100.06. This confirms the rebound of the curve, which marked its bottom in 92 cases during the past week, after a continuous decline since the end of April. On Friday, this indicator had stood at 95.03 points.

Macro shoots associated with leisure in different communities, especially the one supposedly originated in a study trip in Mallorca, have spurred advocacy in various communities. As expressed by Fernando Simón at a press conference this Monday, this outbreak, through which 1,167 people have already been infected, represents 5% of the cases in the last seven days.

The incidence increases in Aragon, the Balearic Islands, the Canary Islands, Cantabria, Castilla y León, Catalonia, the Valencian Community, Extremadura, Galicia, Madrid and Murcia, as well as in Melilla.

The Ministry of Health has also reported 10,179 new infections after the weekend, a figure that represents an increase compared to the previous Monday, when 7,209 new positives were reported. In total, 3,792,642 people have been infected by coronavirus since the start of the health crisis.

The communities that register the most new infections are Andalusia, with 2,587 cases; Catalonia, which has 1,926, the Valencian Community, with 1,338; and Madrid, which scores 1,038.

In their latest daily report, the health authorities have also reported 10 new deaths since Friday, compared to the 13 registered that day and the 37 registered after last weekend. The total number of deaths from COVID-19 since the start of the pandemic, more than a year ago, amounts to 80,789.

The situation in hospitals has slightly worsened after the weekend and the occupation of ICUs in Spain with COVID patients is around 6.92%, with 644 admitted. Regarding conventional beds, the occupancy is located at 2.04% and there are a total of 2,495 hospitalized.

These data come after the weekend in which the lifting of the obligation of the mask outdoors has come into force. The end, from Saturday, of one of the most iconic measures to control the pandemic he left images of celebrations on the one hand and of normality and prudence, on the other.

More than half of the population over 40 years of age is already fully vaccinated in Spain, more than 13.8 million people, and more than 84.5% have at least the first dose. In total, 39.9 million doses have already been injected since the start of the campaign, exactly six months ago, after 1,105,714 administered in the last 24 hours.

After the doses this weekend, more than 35% of the population has the complete vaccination schedule (two doses of Pfizer, Moderna or AstraZeneca or one of Janssen), more than 16.6 million people. With this percentage, Spain is in the middle of the target of 70% of people immunized before the end of the summer.

Greater mobility in summer encourages super-contagious events, but vaccines change the rules of the game

The massive outbreak of coronavirus infections among students who traveled to Mallorca has already accumulated more than 900 infected (more than 410 in Madrid) and more than 3,000 people in quarantine, with eight autonomous communities affected. The youths involved reported large crowds and parties without masks or a safety distance. In addition, there have been two other outbreaks in Spain due to end-of-year trips.

This recent large outbreak among students shows that not only does the SARS-CoV-2 virus continue to circulate within our borders, but that Relaxation or non-compliance with health measures also causes spikes in infections, especially in unvaccinated groups. Similar phenomena have been observed in the United Kingdom (which has delayed its return to normality for a month) or Israel (which has reintroduced masks indoors in some areas of the country), despite its high percentage of vaccination.

Pandemic fatigue, together with greater mobility during the summer, from vacations, tourism and the relaxation of health measures, increases the risk of incidents such as the one detected in Mallorca. Despite the above, the current situation is very different from the summer of last year thanks to the vaccines against COVID-19.