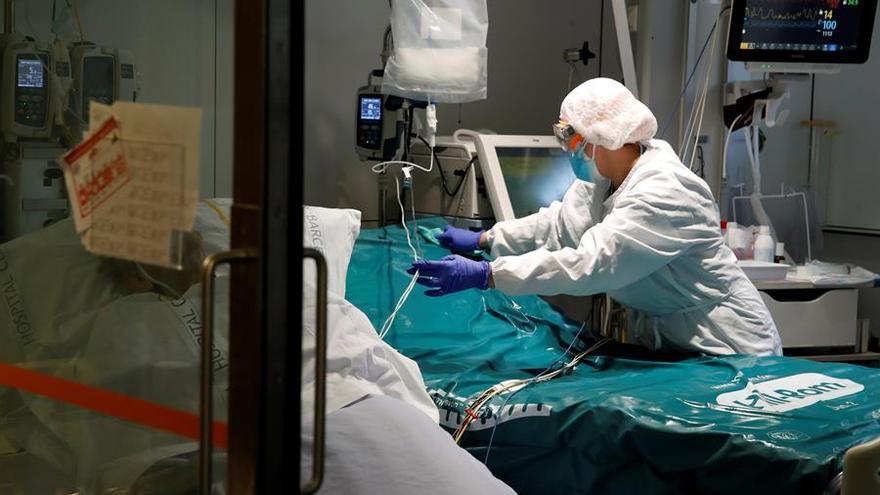 The Ministry of Health has registered 44,357 new cases of coronavirus, of which 18,504 have been detected in the last day. This is a new daily record since March. In total, since the beginning of the pandemic, 2,456,675 people confirmed by tests have been infected in Spain.

Regarding the deceased, the health authorities have added 404, which brings the total number of deaths with COVID-19 to 55,041. Of these, 1,285 have occurred in the last seven days.

The accumulated incidence also continues to rise: if two days ago it broke the barrier of 700 cases, in the balance of yesterday it stood at 736.22, a record figure. This Thursday, the figure is 795.

The pandemic has once again shown its effects on overmortality since the beginning of September. All the data (including the official deaths recorded by Health) indicate that the excess of more than 24,000 deaths registered since the end of September is largely linked to the virus, directly or indirectly. That figure must be added to the more than 44,000 more deaths that occurred during the first wave, when between March 23 and April 12, more than 18,000 people died from all causes in Spain a week for 21 consecutive days.

Also, today, The Basque Country has announced the closure of Bilbao and 19 other towns after marking a new maximum of infections in this third wave: 1,115 in 24 hours, according to regional data. Restrictions in the region already affect 30% of the population.

AND in Extremadura the new restrictions announced by the Board have come into force this Thursday. To those announced by the Minister of Health, they have been joined with the publication of the same in the Official Gazette of Extremadura (DOE), the closure of gyms, museums and cinemas. Likewise, the holding of sports competitions and events is prohibited, except for federated officials of regular league and national level, which will have to take place without public. Also, the academies, schools and dance clubs and any act or event in which the participation of more than fifty people is expected to be closed.