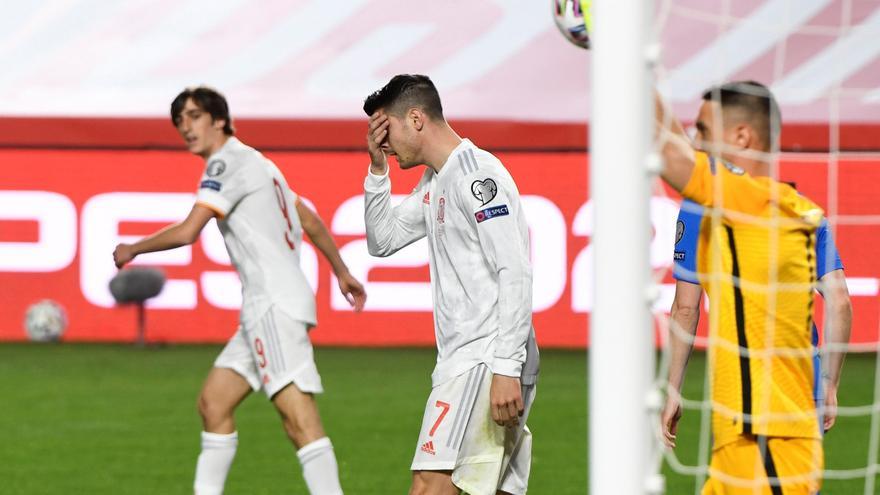 The Spanish selection is obliged to correct the defects shown against Greece, in an unexpected premiere on the way to Qatar World Cup 2022 giving up a draw in Granada, and finding solutions that will lead to victory in Tbilisi against a Georgia that surprised in the last precedent.

Nobody waited a doubtful first step towards Qatar. Spain arrived at the appointment with the recent memory of its exhibition against Germany, With which he sealed his pass to the final phase of the Nations League, and went from scoring six goals to returning to the past of a sterile possession without reaching the rival goal. Everything advanced by Luis Enrique Martínez’s group fell back against Greece in a match that determines the qualifying phase.

Since the road to the 2006 World Cup in Germany, Spain did not start a qualifying phase without victory. On that occasion, the draw against Bosnia-Herzegovina ended the Red in the play-off. At present, with Sweden as the main rival, there is an obligation to win the two imminent games, against Georgia and Kosovo, to avoid major complications.

They have been 28 years without falling into a match heading to a World Cup and the appointment in Sweden at the beginning of September has already been marked in red on the calendar. Before, the Spanish team must learn to clear defensive approaches from rivals who deliver the ball. The dominance without verticality, 80% of sterile possession, the lack of speed and overflow, the abuse of the horizontal pass, the absence of shots with only two shots on goal. They are all aspects to correct in Tbilisi.

And it will with changes Luis Enrique in his starting team. Some were already planned to maintain good physical tone in three games in six days. They will be increased by the bad feelings transmitted against Greece. The entrance of a pure right-back on the right with the premiere of Pedro Porro, the refreshment with Jordi Alba on the left or Diego Llorente in the center, defensive novelties are outlined.

The turn for Sergio Busquets at the handle and Thiago printing rhythm. The options of the first ownership of Pedri after a bittersweet premiere with the absolute and Bryan Gil to provide overflow in the band. Gerard Moreno has not yet fully arrived at the game, with muscular discomfort that point to Morata’s continuity in attack point after his goal at Nuevo Las Cármenes, approaching to enter the select group of the top ten scorers of the history of the selection.

An unapologetic Georgia will seek to surprise with the invaluable help of its fans, as the authorities have allowed attendance at the stadium stands. The Government took note of the Federation’s regrets and although the stadiums were not scheduled to open until April 1, has made an exception to face the Red.

The 15,000 tickets that went on sale Thursday were sold out within hours. To this must be added the tickets that the authorities distribute for free. One third of the Dinamo-Arena capacity, which amounts to 55,000 seats, can be covered.

Despite starting the qualifying round with a defeat in the visit to Sweden (1-0), the fans and the local press praised the daring play of the national team and, especially, the bet for new blood. They praised the offensive approach in his debut as coach of Frenchman Willi Sagnol, who they hope will not disappoint tomorrow against the Spanish.

The best local player, Khvicha Kvaratskhelia, had to be substituted at half-time against the Swedes, but will be from the game against Spain. Like defender Kashia, the best of his team in the first qualifying game. The star of the Russian Rubin, is a key player in the team’s offensive game.

The fact that will not arrive in time is Tornike Okriashvili, the author of Georgia’s winning goal in the last precedent against Spain, a friendly in Getafe in 2016 with which he closed the way to the European Championship in France. Spain defeated the Caucasians, without ever thrashing, in their first two games (0-1 and 2-0) played during the qualifying phase for the World Cup in Brazil.