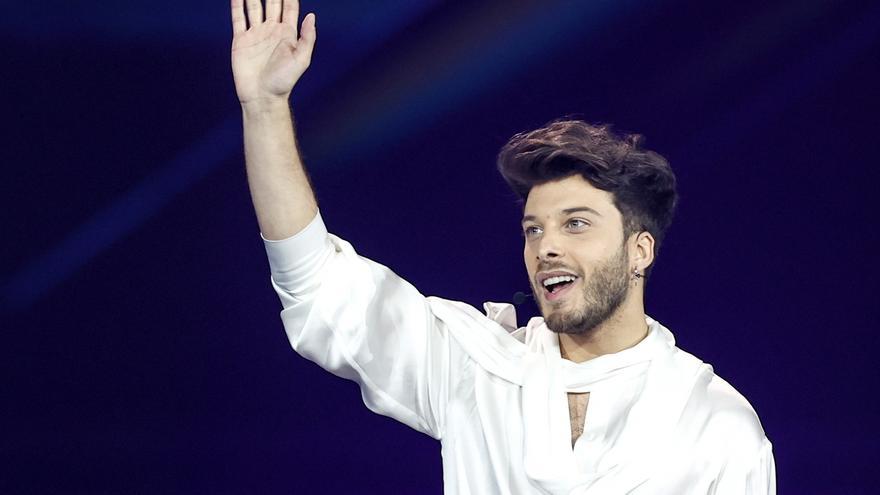 Rotterdam (Netherlands), May 21 (EFE) .- The Spanish Blas Cantó will perform his song "I'm going to stay" at number 13 in the final of the Eurovision Song Contest that will take place this Saturday, according to the order that the organization has announced this Friday.

The Murcian, who the bookmakers place last, will jump on stage just behind two of the participants who, according to these same predictions, will be at the top of the table: "Tout l'Univers" by the Swiss Gjon's Tears, who will perform at the eleventh place, and "10 years" of the Icelanders Daði & Gagnamagnið, twelfth.

Italy, the country that right now leads the forecasts with the rockers Maneskin and "Zitti e buoni", will compete in position 24 out of 26, almost at the end, while their great rival, the French Barbara Pravi with "Voilá", will do so. at the 20th, behind the Ukrainian folk "Shum" by Go_A, which was so popular in the first semifinal and which currently appears fourth in the betting.

They sponsor the Eurovision bronze for Maltese Destiny with "Je me casse" after fortune awarded her a place in the first half of the contest and the producers of the show have determined that she act in sixth position.

The order is the result of the scheme devised by the organization of the event to maintain the television rhythm, with alternation of fast and slow cuts, and to be able to reconcile the different montages on stage.

This formula has been combined for years with chance, which determines whether the countries in the competition will appear in the first or second half, which usually favors them by remaining better in the memory of the viewer for the subsequent turn of televoting.

In accordance with this combination of design and fortune, the Maltese Elena Tsagrinou will open the gala with "El Diablo" (which has made her fall to 12th place in the betting), and it will be San Marino who will close the show with her candidate, Senhit, and the theme "Adrenalina".

The exact order of actions will be as follows: