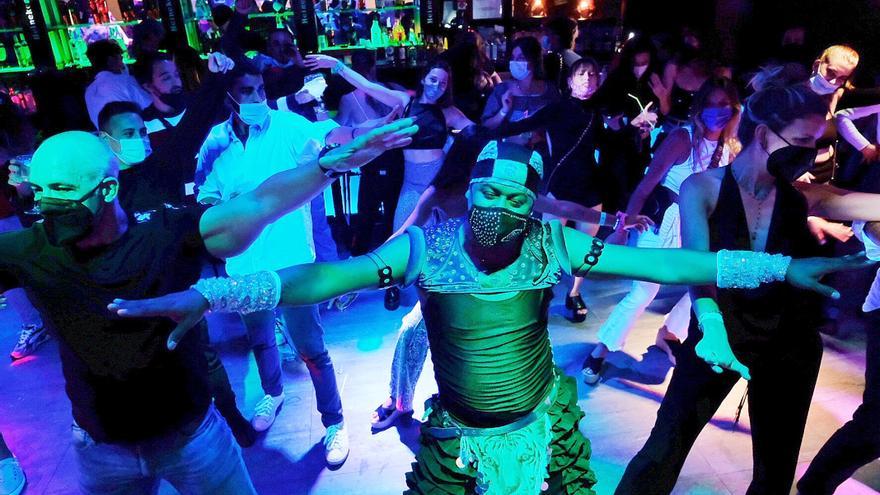 Vaccination and the drop in incidence are pushing Spain towards a return to normality, but without certain horizons on the end of the restrictions. Still. Extremadura has already announced that will be free of limitations at the end of September, Madrid plans to fill the theaters 100% again and only Catalonia continues with closed nightlife. Galicia starts the de-escalation in the bars as of September 15 and lthe Valencian Community has lifted the curfew. It was the last region to do so. The regional governments are abandoning the harshest measures and the limit to social gatherings is already testimonial (it is maintained in only two communities). The fifth wave is coming to an end: more than half of the provinces reduce their incidence by 80% since the peak of summer.

The transition to the new normal faces the country with a kind of second de-escalation, with much less restrictive measures, which has been inaugurated with the return to the offices – albeit partial – in many sectors and full presence in classrooms. Mobility for leisure (shops, cinema, theater …) has practically recovered: it is only 7% lower than before the outbreak of the pandemic, according to Google mobility data.

Will there be in Spain a freedom day, in the English style? More countries are following the path of putting a psychological end to the pandemic, although not all in the same way. Denmark lifted the latest restrictions on Friday three weeks ahead of his forecasts, although he had already taken the previous step of removing the masks indoors in June and the capacity for large events. It has the same percentage of vaccinated population as Spain.

“The question is when and also how long are we going to have to maintain an optimal situation to lift the measures”, reflects the professor of Preventive Medicine Fernando Rodríguez Artalejo on the Spanish case. The expert believes that we are entering another “trial and error” phase. Spain is no longer at a “high risk” level as of this week.

The health doctor Mario Fontán does not dare to “predict” if “it will be in a few weeks or months”, but he is optimistic about the start of 2022 while Pedro Gullón, an epidemiologist, predicts that the reduction of restrictions will cause an increase in transmission . “The important thing is that, if nothing unexpected happens, the waves will be milder in their incidence and in the pressure on the health system and mortality,” he adds. Gullón is not in favor of “extreme days because they have a rebound effect due to the celebration” and believes that the “reasonable” thing is to “live the process little by little.” For both, marking a day has more to do with the “symbolic and political burden” than with the “epidemiological reality.”

The Government of Pedro Sánchez remains cautious and avoids putting a date on the end of the restrictions. “The control measures have to be there and it is on the lookout for those who do not take care of themselves”, warned the Minister of Health, Carolina Darias, this week moving away from the idea of ​​a day in which the limitations end suddenly. The ones that will most likely resist, are the nightlife with dance floors and, even more, the indoor mask.

The tolerance of the population living in Spain to the measures is good once vaccinated. Those immunized agree (4.7 out of 7) with continuing to comply with all restrictions in public spaces, workplaces and in the presence of people at risk, according to the latest round of the COSMO-Spain study, published by the Carlos III Health Institute. It also slightly increases pandemic fatigue. For Vanessa Fernández, PhD in Psychology, “it is evident that a certain atmosphere of relaxation floats that suggests that the pandemic is neighboring” and invites the authorities to continue remembering the message “without the need to resort to fear.”

After a fifth wave of many infections and more deaths than expected that the experts did not see coming, the evolution of the data is very promising. With more than 70% of the population vaccinated and a large part of the youth immunized, the chances of a sixth wave explosion are reduced. At least in number of seriously ill and deceased. In absolute numbers, the fifth wave registered almost the same deaths as in April and May with the difference that the infections were multiplied by four, so that the mortality rate was much lower due to the effect of the vaccine.

Epidemiologists agree that there will be smaller waves with peaks and valleys of low-severity infections until the coronavirus becomes an endemic disease. “There may be a sixth, seventh and eighth wave, but not like the previous ones,” said the director of the Center for Emergencies and Health Alerts before the media at the Epidemiology Congress held in León this week.

The return to schools and jobs, contrary to what may be thought a priori, could be good news at the epidemiological level. Quique Bassat, pediatrician and epidemiologist, argues that resuming routines “leads to more measures.” “Just having eight million people in schools should give some peace of mind compared to a summer environment with no rules at all. The chances of getting things done wrong are less,” he says.