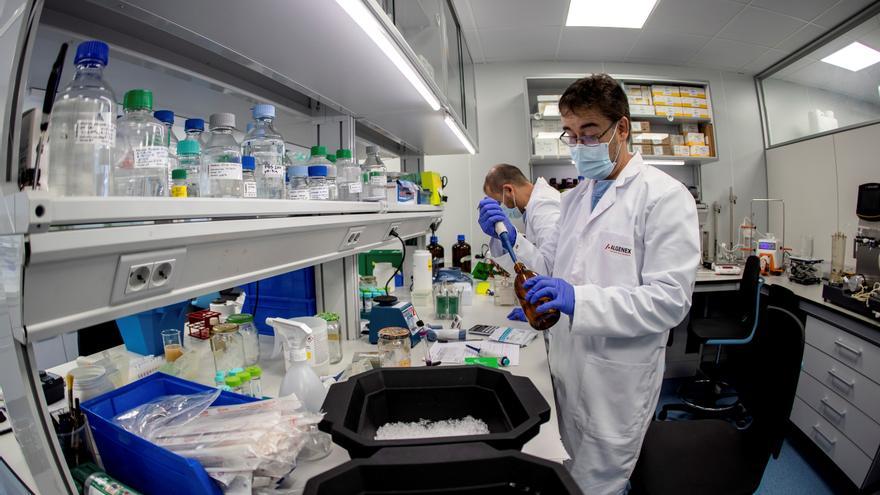 A ghost flies over Spain: will it be able to spend the 140,000 million euros that Europe will give it?

The precedents are not good at all. The level of execution of funds in Spain is among the lowest in the Union. For example, data on the ERDF - the European Regional Development Fund, one of the largest investment items in the EU - for the period 2014-2020. As of September 25, Spain has only been able to spend 26% of the funds allocated to it, which amount to 29,270 million euros. Only Slovakia surpasses us for the worse: it has executed 25%.

In other games, our country does not fare better. Spain has executed 32% of what was allocated in the European Social Fund and 51% in the Agricultural Fund for Rural Development, being the sixth country below in the 'ranking'. "Are there enough hands? Normally, in administrations that work with funds, the personnel dedicated to this is very limited," explains Pablo Conejo, director of funds for the consultancy Red2Red, which works with public administrations. "If when two programming periods overlap, they no longer supply enough, imagine now that three mechanisms with a much greater capacity will coexist."

Conejo refers to the financing lines defined by Europe, of which the recovery and resilience mechanism (endowed with € 672.5 billion) and the REACT-EU package (the funds added to the post-2020 cohesion policy, endowed with 55,000 million) are the most generous. From the first mechanism, Spain will receive 59,000 million euros in direct grants. 70%, between 2021 and 2022.

"First there is REACT-EU, which should be executed by the end of 2023. Then the recovery mechanism, which ends in 2026. And then the programming of structural funds, which begins in 2021. The three will coexist together with projects that are interchangeable and with similar selection rules, "he continues. "And then there are the three levels of administration: ministries, communities and local entities. There is a risk that the projects will compete between the different mechanisms. The recipe: very well coordinated long-term strategies, at the state, regional and local levels."

Europe has already defined the areas for which you request projects. Countries have from October 15 to April 30 to present their plan. Coordinated by the presidency of the Government, the ministries now define their own ideas, both dusting off projects and proposing new ones.

We need a hanger to hang these funds from. The great challenge is its management, "said Ábalos

The best clues on how they work have been given by the Minister of Transport and Urban Agenda, José Luis Ábalos, in recent weeks. When he presented the future sustainable mobility law, Ábalos asked citizens, communities and local entities to participate "in a realistic spirit", proposing ideas to present to the funds. Something similar happened in a presentation on housing. "We have a great opportunity with European funds. In housing and rehabilitation all the requirements are met. We need a hanger from which to hang these funds," he said. "The great challenge is its management."

The general director of traffic, Pere Navarro, recently explained that the minister had asked them to identify "digitization projects" to take advantage of European funds. From the Ministries of Ecological Transition and Industry, whose negotiations fit in with what Europe demands, they do not advance more than "they are working on it".

The Minister of Industry, Reyes Maroto, assured that the plan will be ready on October 30 and that it will be accompanied by the General State Budget proposal. The EU has already clarified that the receipt of funds is not linked to the approval of new PGEs.

The CEOE has also gone to work. It has announced that it will present fifteen of its own projects to the administration. And it has created an office in collaboration with PriceWaterhouseCoopers to inform companies on how to raise funds. Much of the money will go to them. One of the risks that experts warn about is that it ends up in the hands of a few and very large, because it is easier, instead of permeating the fabric of SMEs.

"There are a number of classic failures," continues the Red2red fund manager. "There is the temptation to start looking for projects that you are about to launch to attract financing. It may be good as a first step, to get an idea of ​​their typology, terms, financial volume ... But to base absorption on that is to start the house for the roof. What the EU asks us are long-term strategies. A change in the production model in which public investments have aligned objectives. And from there, go selecting projects. "

The lack of strategies and decentralization, with different administrations channeling the money, explains the poor position of Spain in the execution table. Professor Manuel Hidalgo, former Secretary of Economy of the Junta de Andalucía, also has pointed the lack of demand: companies, R&D departments or households. "Example: let's dedicate 10 billion to research. Question: is there tissue to absorb that amount of money?" He reasoned on Twitter.

"The problem is not the companies, it is the administration. It works badly: there are a thousand programs, there are many portals for aid and people do not even know it", defends Diego Soros, founder of Soros Cabinet, specialized in European aid for companies. "And we're going to slaughter it. The European Commission makes biannual plans and I know when a call will come out. In Spain, organizations like the CDTI launch large calls a few weeks in advance. So it is difficult for anyone to plan and prepare a project" .

Within the public, there are profiles and organizations that do know how to spend. One of the best examples is Red.es, specialized since 2002 in attracting European funds, in preparing specifications and acting as a 'glue' between the continent's money and the administration. The problem is that if there are no master lines, projects that go nowhere, or with little strategic sense, sneak in. It is a risk to take.

From what we have seen so far, Spain needs a strategy (which Moncloa is supposed to be defining), centralization (Pablo Casado proposed an independent agency, but in principle there will be an interministerial commission chaired by Sánchez) and reinforcing the teams that they manage funds. Portugal will create an anti-fraud body, but nothing like it has yet been raised here.

There is a fourth element that could help channel funding. These are clusters: groups of companies and institutions that work in the same sector and region. Clusters work especially well in Germany -with large companies that 'pull' the SMEs and integrated universities from which research comes- and, although they are not as powerful in Spain, they are capable of attracting European funding.

According to data from the European Commission's general directorate for the internal market, industry and SMEs, Spain is the main beneficiary of aid to clusters (through programs such as COSME and Horizonte2020), followed by France, Germany and Italy.

"What is the philosophy? We are specialists in strategic areas. Europe says: I am opening a call for aid for clusters to give money to SMEs. And it is cascade financing. You trust that the managers of the clusters know about their ecosystem, they will evaluate interesting projects and be aligned with the Commission ", explains Antonio Novo, president of the European Cluster Alliance. "We are like innovation support offices. The Commission usually makes consortia in several countries. It is scalable and guarantees quality, because it links small companies with the central strategy."

For Novo, one of the great dangers of this urgency with which projects are being prepared is that SMEs, which account for 95% of the Spanish business fabric, are ignored. "We need businessmen to get involved, but not just the big ones," he says. "Clusters normally bring together a large 'tractor' and SMEs. We have the capacity to link them, but we are not being taken into account at the national level. We speak with the regions, but as we are not recognized as a social agent, we do not participate in the discussion. Formally we belong to Industry and in Science we cannot participate. It would be nice if they recognized us as an agent of innovation. One of the main problems in Spain is this separation between areas: the plans that Europe is asking for do not respond to this isolated scheme ".

"If each one makes war on his own, we run a risk," concludes Conejo. "It would be important to have an office to monitor the rate at which investments are going to choose what mechanisms each is financed with. In order not to steal our projects, the best is common coordination."