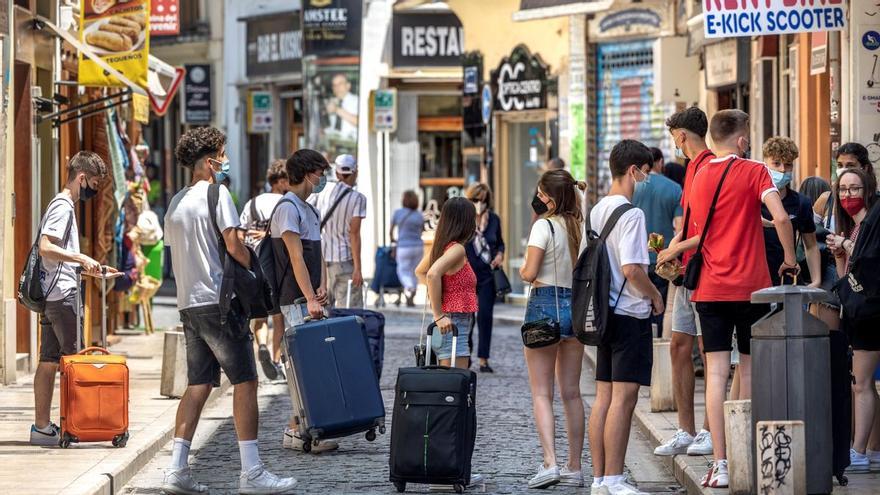 A pleasant place to reside or go sightseeing - with the friendliness of its citizens, leisure, the contribution to culture or security as its main qualities - although technologically stagnant and not too attractive for doing business. It is the image of Spain abroad that casts the latest Country Rep Track report, a survey carried out by the Elcano Royal Institute together with the Reputation Institute to measure the emotional attractiveness of the 55 countries with the highest Gross Domestic Product in the world. Spain also receives "weak" scores on other attributes that make up a country's institutional quality, such as levels of transparency and corruption.

The document - which is based on 24,000 interviews conducted between January and March of this year - reflects a general drop in the perception of all countries as a consequence of the "climate of pessimism" caused by the pandemic and the subsequent economic and social crisis. In general terms, Spain drops one place in the general ranking of 55 countries and reaches position 14, although its assessment remains significantly above the average and of such relevant European countries as Italy, Germany, France or the United Kingdom. In order for the data to be homogeneous and comparable, the list includes only the valuations of the general public of the G8 (Canada, France, Germany, Italy, Japan, Russia, the United Kingdom and the United States) referring to these 55 countries.

Particularly contributing to this image of Spain is the high rating it receives in quality of life indicators, which account for more than a third of the countries' reputation. In fact, friendliness and sympathy constitute the attribute with the greatest weight in the construction of the external image in the evaluations carried out by the G8. And there Spain is in sixth position, as in the leisure and entertainment indicator, which refers to the variety of attractive experiences in cultural, gastronomic, sports or entertainment matters. In the Spanish case, the so-called "lifestyle" is also highly valued - which is measured by asking respondents how happy they think the people living in that country are - and even the "attractive" natural environment.

After friendliness and sympathy, the second most important attribute for its weight in the reputation of countries is security, which addresses the perception of whether the place offers a safe environment for both visitors and its inhabitants. This indicator also gives a "good valuation" to Spain, which is in 16th place, just ahead of Portugal and Singapore, and two places ahead of its place in 2020.

The scores are "weaker", however, in the attributes that make up what the report defines as the "institutional quality" of a country, where issues such as ethics, transparency or corruption have special weight. In this section, Spain ranks 17th in ethics, where it asks about the levels of transparency and corruption; institutional and political environment, which measures whether it has a well-developed structure of political and legal institutions; and efficient use of resources, where the perception of taxes or the good use of resources is addressed.

In contrast, respondents see Spain as a country stagnant in technological matters and not too favorable for doing business. In reference to the competitiveness of a country, the stability of its economy and the development of its infrastructures, this attribute shows how favorable it is to invest. And Spain presents a "lukewarm" assessment here, although it improves compared to the last report. It moves to 18th position - it was 21st in 2020 - and is behind most of the Nordic and Central European countries. Based on these data, the report concludes that Spain's "competitive advantages" are found in the variables of quality of life and safety, while the main disadvantages are in those related to the level of development, except for culture.

In addition to reputation, the questionnaire also investigates the disposition of citizens with respect to different countries. In this regard, the "great favorable leap" in Spain is experienced in tourism, measured through the question of whether "I would recommend visiting" the specific country. Spain was in 14th place in 2020 and has moved to ninth in 2021 , overtaking Greece, the United Kingdom, Denmark, the Netherlands and Finland.

The researchers maintain that this "positive evolution" is due to the situation of each country in the face of the COVID-19 pandemic, because when the previous field work was carried out - between March and April 2020 - Spain was especially present in the international press for being one of the first European states the confinement of the population. "A year later, with the pandemic extended to all of Europe and the whole world, Spain once again regains its relative position as a tourism magnet," they conclude. In the opinion of those surveyed, living in Spain or visiting it as a tourist are the two most recommended behaviors, well ahead of others, as if it would advise the country to make its economic investments.