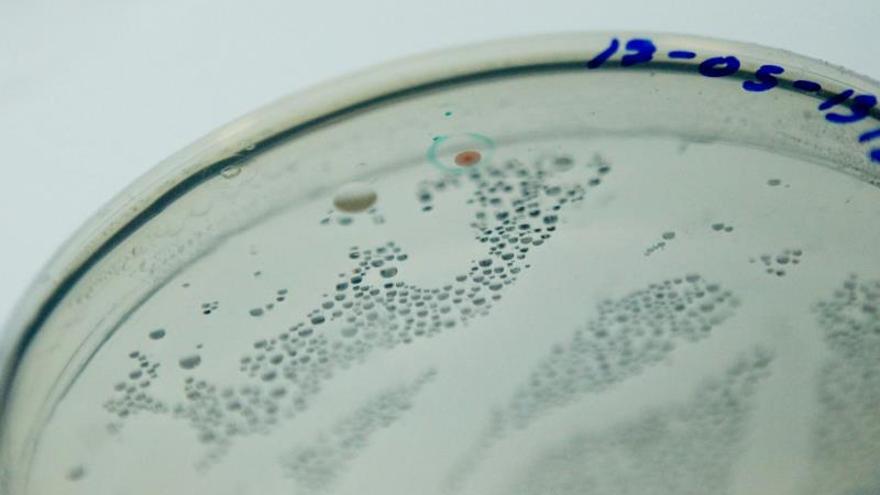 The United States Centers for Disease Control (CDC) they launched the ad more than a year ago: COVID-19 was creating a “perfect storm” for the emergence of antibiotic-resistant infections in healthcare. Use skyrocketed, especially in the most seriously ill patients who required very aggressive medical interventions, but not only. The initial ignorance of the virus led, through trial and error, to indiscriminately use these drugs, also with less compromised patients. A study published in the Journal of Infection and Public Health in July 2020 reveals that half of those killed by SARS-CoV-2 had bacterial and fungal co-infections. Some of these microorganisms were resistant to drugs and the problem it occurred more frequently than in other patients, according to the first detections of the CDC.

It is estimated that antimicrobial resistance – to bacteria but also to viruses and fungi that do not respond to treatments – could have increased by around 20% in the epidemic context, according to Dr. María del Mar Tomás, spokesperson for the Society Spanish of Infectious Diseases and microbiologist at the A Coruña hospital, “although more studies are still required in this regard.” In this scenario, the Ministry of Health has taken a further step in the surveillance of these pathogens with the creation of a specific National Surveillance System whose objective is to carry out a closer monitoring of problematic microorganisms with a homogeneous registry for laboratories that allows diagnose how fast the problem is growing, share knowledge and design innovative treatments. Scientific studies predict a dark future if not taken urgently: superbugs could cause more mortality than cancer in 2050.

“It is a growing threat to Public Health. The rapid spread of bacteria with resistance to multiple antibiotics worldwide is especially alarming, since these bacteria limit the therapeutic alternatives against the infections that they generate and suppose an increase in morbidity and mortality, “says the document published by the Spanish Agency for Medicines and Health Products (Aemps). The text was ready in January 2020 but the pandemic has delayed the process by almost two years.

The new system, pending to be included in a royal decree soon, is an expansion of the National Epidemiological Surveillance Network (RENAVE) – approved in 1995 – and has been working on it since the beginning of 2019, says Antonio López, coordinator of the National Plan of Resistance to Antibiotics in Human Health, in conversation with elDiario.es. Now it becomes, if possible, more urgent. “There has been a brutality of very serious patients who have required more antibiotics,” explains Aurora Fernández-Polo, coordinator of the group of pharmaceutical care for patients with infections (AFINF) of the Spanish Society of Hospital Pharmacy (SEFH). In addition, COVID-19, say the experts consulted, has masked the detection of resistant bacteria “and there has not been an adequate identification because we were focused on the pandemic,” says Tomás.

In the world 700,000 people die each year due to resistant microbes, 25,000 in the European Union “If you extrapolate, there are 4,000 in Spain. We must not go to apocalyptic forecasts of the future because it is already a very important cause of death, four times higher to traffic accidents, “illustrates López, who also contributes the cost of the health system. An extra 1,500 million euros. Not all your diagnosis is bad. “The pandemic has valued the importance of prevention, of being prepared and taking measures before there is no solution. The goal is not to reach that point and COVID-19 is a lesson,” he says.

The WHO considers the problem as one of the 10 greatest threats to humanity. It even works on the scenario that steps backwards in the advances of medicine have to be taken due to the risk of infection. In other words, very complex surgeries or treatments in the field of hematology that subject the patient to immunosuppression due to the threat of infection with a resistant pathogen are considered.

How did we get here? There are several factors, but all experts agree on one: we have abused the intake of antibiotics. Resistance occurs when bacteria mutate and become immune to the antibiotics used to treat the infections they cause. Exposure to drugs – because they are easy to take and there is no social perception that they can harm you – is so great that the bacteria that survive reproduce and become especially strong.

There is another added question. As they have been brutally successful, pharmaceutical companies have abandoned research on new antimicrobial treatments also because the production of these drugs “has become cheaper”, explain the doctors. “It is a natural process that bacteria adapt, they will always try to survive. The problem is that this accelerates,” points out Fernández-Polo.

People who research superbugs have been collaborating for years, know each other and ask each other for help in complex cases. Therefore, scientists welcome the new system to collect data in a systematic way. “Everything should be accessible to everyone, like the genomes of bacteria. It is the only way to move forward, with open science”, considers Tomás. “Not only is we having the information but sharing it at a European and global level with homogeneous indicators to draw the pattern of evolution and from there to design prevention and control measures.”

The document published by the National Antimicrobial Resistance Plan (PRAN) at the moment only develops the first line: that related to surveillance of certain pathogens such as gonorrhea, tuberculosis or salmonella (the latter, the main cause of gastroenteritis and diarrheal disease, is usually mild but can turn severe in children, elderly or immunosuppressed people, according to WHO).

There are basically three bacteria in the sights of microbiologists, infectologists and pharmacists: Pseudomonas aeruginosa, Klebsiella pneumoniae and Acinetobacter baumannii, according to the experts consulted. The new network obliges laboratories to submit data such as whether the patient is hospitalized, their age and sex, or the center of origin of the sample. It will be financed through European funds for recovery destined for public health, included in the General State Budget project, and the Ministry of Health will participate in it, through the Center for the Coordination of Health Alerts and Emergencies (CCAES) , as coordinator of the National Epidemiological Surveillance Network; the Carlos III Health Institute (ISCIII); the autonomous communities; and the Coordinating Committee of the National Laboratory Network for the surveillance of resistant microorganisms.

The approach to the problem cannot be understood without another leg, say the experts, which will be the next step in the new network: the development of new treatments that overcome resistance. One of the most powerful lines of research is phage therapy, always in combination with an antibiotic. “The phages re-sensitize the bacteria to antibiotics. If the mechanism is the pump, the phage binds and prevents the antibiotic from being expelled,” explains Tomás. “We collaborate with the Virgen Macarena and Virgen del Rocío Hospitals, where a patient had persistent bacteremia for a year and a half, with fever, malaise … He was sent a treatment that we had requested from a Belgian research group and was injected during seven days. Then he was given antibiotics and the infection resolved. It was a success, “says the doctor.

At the moment, the most urgent challenge is to severely reduce the prescription of antibiotics. The CDC estimates that each year they are prescribed 47 million antibiotic treatments in the United States for infections that do not need themsuch as colds or the flu. “Just as we now have more experts in oncology, we need to listen more to people who are specialists in the management of infections. An antibiotic can be prescribed by any doctor, but should be advised, with this very serious situation, by more expert professionals,” he concludes Fernández-Polo, who likens resistance to superbugs, in the health field, with climate change.