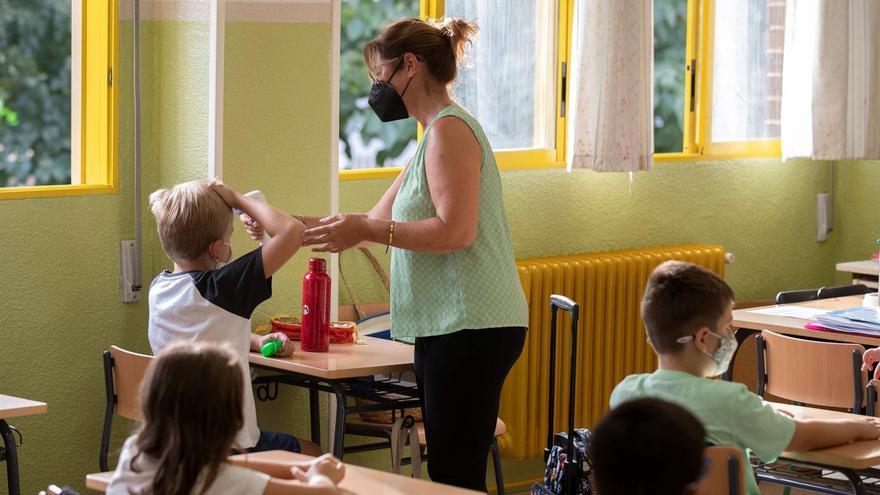 The 14-day incidence has fallen this Wednesday below the threshold of 150 cases per 100,000 inhabitants, with which Spain leaves the high risk of contagion for the first time since July 1, according to the indicators set by Health, which does not However, they also assess other factors such as ICU occupation to develop the epidemiological risk traffic light.

After giving up nine points, the contagion rate stands at 140.43 infections. The incidence curve began to climb on June 22, when a bottom was reached, the lowest moment between the fourth and fifth waves, in 92.25 cases. The rate jumped rapidly in the following days until reaching a peak a month later, on July 27, in the 702 cases, and then declining again without interruption until now.

The incidence is low in all the autonomous communities. Andalusia, Asturias, the Canary Islands, Castilla y León, Catalonia, the Valencian Community, Galicia and Murcia are below 150 cases.

The Ministry of Health has reported 4,763 new infections in the last 24 hours, a decrease from Wednesday, when 5,618 cases were reported. In total, 4,903,021 people have been infected with COVID-19 since the beginning of the pandemic.

The health authorities have reported 71 deaths, for the 81 registered on Wednesday. The global death toll from the health crisis now stands at 85,218.

Hospital pressure has experienced a new drop this Thursday and the occupation in ICUs with COVID patients already falls by 14% (13.73), while those admitted to conventional beds due to coronavirus fall by 200, to 5,115.

The communities have already administered a total of 68 million doses of some of the available vaccines against COVID-19, after the 203,943 given during the last day. Thus, almost 35 million people already have the complete vaccination schedule, 73.6% of the population.

In addition, 78.1% of the inhabitants have at least the first dose, more than 37 million people.

By age group, 93% of those over 40 have received the full regimen, that is, they have had two doses of Pfizer, Moderna or AstraZeneca, or one of Janssen, and 94.6% have received at least the first prick.

The Minister of Health, Carolina Darias, has confirmed that the autonomous communities can begin to inoculate the additional dose of the vaccine against COVID-19 -the third– Solid organ and bone marrow transplants, people with lymphoma and those diagnosed with multiple sclerosis. The Ministry has specified that it is 100,000 people although the Federation of Medical Scientific Associations (FACME) raises the figure to 230,000.

They are the first immunosuppressed patients for whom this extra dose has been approved, but the number will increase rapidly, according to Health. “We are in constant review,” said Darias at the press conference after the Interterritorial Health Council, which meets the Ministry with the autonomous communities every Wednesday.