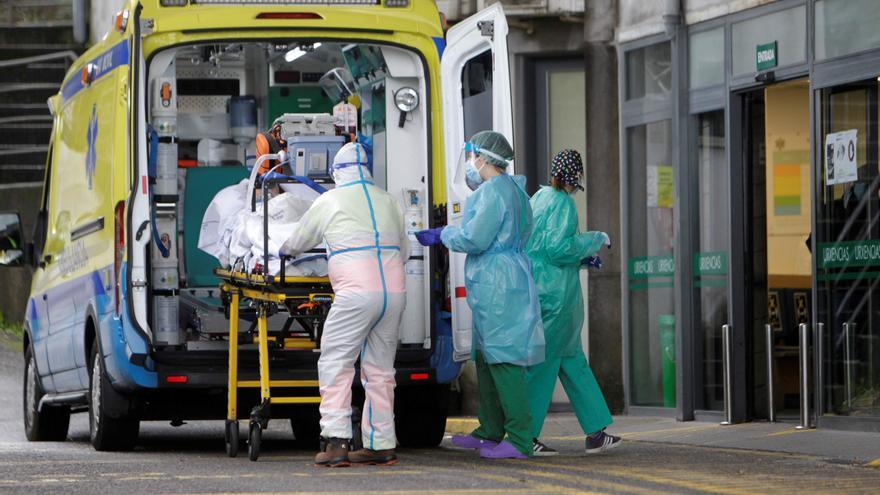 Spain this Tuesday has exceeded three million cases of coronavirus since the start of the pandemic, the same day that records the highest daily death toll since the first wave, with 766 deaths. The Ministry of Health has notified 16,402 new infections of coronavirus. This is a lower figure than 28,565 on Friday and confirms the downward trend of recent days. The cumulative incidence, which yesterday stood at 667.3 cases per 100,000 inhabitants in the last 14 days, is now 630 cases.

Health has also reported 766 deaths registered in the last 24 hours. In total, 63,061 people have died since March, 1,689 of them in the last week. Hospitalizations of COVID-19 patients account for 20.4% of the beds occupied in the ward and 42.28% in the case of ICUs, where 26,101 and 4,594 people are admitted respectively. This day all the indicators fell, except for deaths.

Health authorities exceeded one million confirmed cases between the beginning of the health crisis and October 21. And the two million barrier was exceeded just over a month ago, on January 7. However, during the first months of the pandemic the tracking and testing system was less effective than it is today. That is, fewer cases were detected. In total, 3,005,487 people have been infected.

By autonomous communities, the one that has incorporated the most cases into the total Health balance is the Valencian Community, with 4,310 cases; followed by Madrid, which adds 2,877; Catalunya, with 2,514; and Andalusia, which has notified 2,022. By incidence, the worst data is registered by the Comunitat Valenciana (965), Castilla y León (870) and La Rioja (852.6), although the good news is that no region now exceeds 1,000 cases per 100,000 inhabitants.

The communities have already given 2,167,241 doses of the vaccines, which represent 89.8% of the 2,412,555 they have received since the campaign began. In addition, 838,782 people have already received the complete regimen and are fully immunized. In the report released by Health on Tuesday, the first doses of AstraZeneca appear for the first time.

More than thirteen months after the world’s first coronavirus case was identified, in December 2019 in the Chinese city of Wuhan, the WHO mission to find the origin of SARS-CoV-2 has yielded the first results, which have been released this Tuesday. Chinese experts and those from WHO who have been on the ground have concluded that the Wuhan market was not the original focus, but the scene of a major outbreak. Also, that it is a zoonosis, although at the moment it is unknown which was the first animal that transmitted the virus to a human.