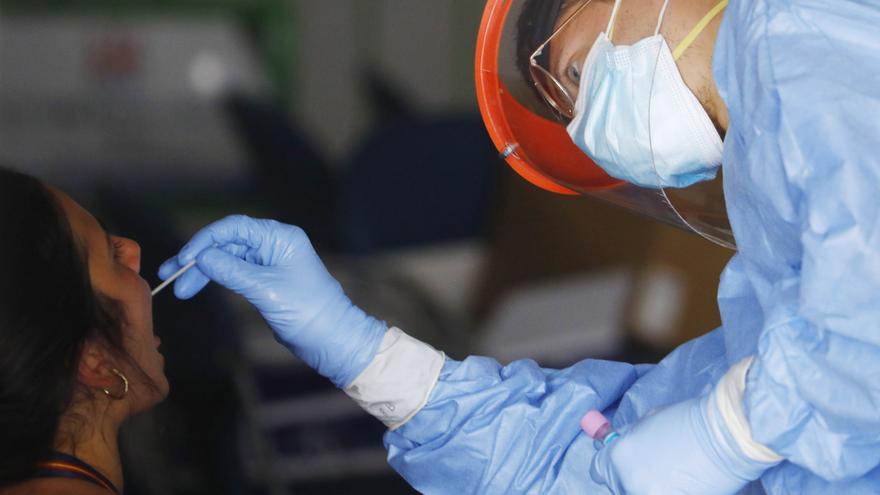 Spain has exceeded one million diagnosed cases of coronavirus this Wednesday, the Ministry of Health has reported. Specifically, it has reached 1,005,295 positives registered since the pandemic broke out, after registering a record of 16,973 cases in a single day.

The community with the most cases in all of Spain is Madrid, which has added 2,235 to the balance this Wednesday. The one that increases its infections the most is Catalonia (4,195), followed by Andalusia (3,369). On the other hand, they rose by 1,425 cases in Castilla y León; in 870 in Castilla-La Mancha and in 603 in the Valencian Community.

Regarding the deceased, the health authorities have added 156 to the balance since March, bringing the total number of deaths to 34,366. Of these, 575 have occurred in the last seven days.

The Government of Aragon has made this Wednesday the decision to confine the perimeter of the cities of Huesca, Zaragoza and Teruel as of tonight, and to pass an alert level 3 to the entire autonomous community from Monday 26th. The president of the region, Javier Lambán, explained that the community’s situation is “frankly worrying” and that, under the decree law published last Monday and the evolution of the data, it has been necessary to make this decision.

The growth of new cases in the community exceeds 45% in the last week. Of the eight health sectors in Aragon, only Calatayud and Alcañiz have a cumulative incidence of less than 500 cases per 100,000 inhabitants. One out of every two basic health zones exceeds this incidence in the last 14 days. On the other hand, more than 40% of ICU beds are occupied by COVID patients and the percentage of positivity is between 17% and 20%.

In La Rioja, The regional executive has decided to restrict the entry and exit of the community to trips that are not justified for fifteen days, from next Friday, October 23, until 00:00 hours on Saturday, November 7, to stop the advance of the coronavirus, as announced by the president of the Riojan Government, Concha Andreu. The closing time of the establishments will be 9:00 p.m., with the exception of pharmacies, supermarkets and local food service at home, in addition to theater and cinema activities.

In addition, bar consumption is prohibited and the capacity is limited to 50% indoors and 60% outdoors. The tables may only be occupied by a maximum of six people and with a distance of at least one and a half meters with respect to the rest of the tables or groups of tables. The capacity in commercial premises and services open to the public is set at 50%.

On the other hand, in the Community of Madrid, where the state of alarm declines this Saturday, its president, Isabel Díaz Ayuso, has appeared this Wednesday by surprise to say that his government “has now put on the table a debate about possible hourly closures”, in reference to the curfew that his Health Minister, Enrique Ruiz Escudero, proposed on Tuesday, although the word curfew has disappeared from his speech. A measure that the regional president welcomes to limit the meetings in the homes that, she has defended, are being the focus of infections. And because “the important thing is that the economy does not suffer more.”

Escrivá will modify the minimum vital income because otherwise “it will not reach even close” to the goal of 850,000 families