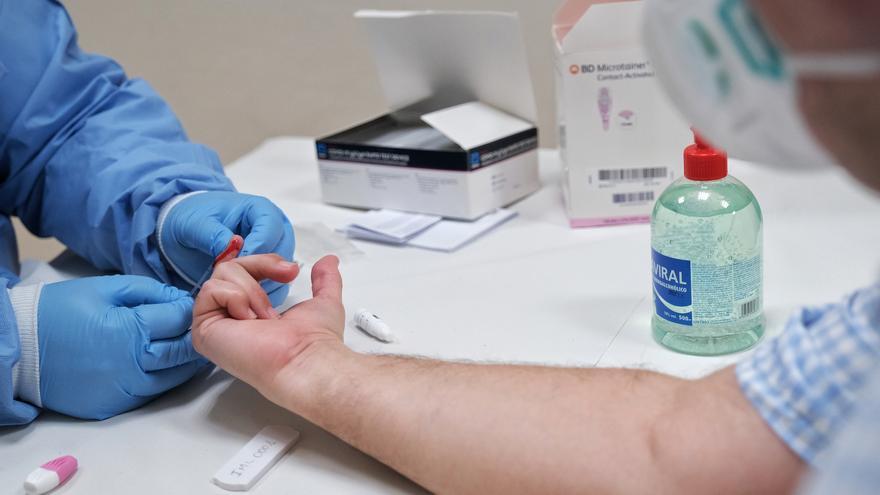 The Ministry of Health has reported 23,480 new cases of coronavirus registered since Friday. This is a lower figure than that reported last week, when authorities reported 31,785 cases over the weekend. In the balance published this Monday, there are 2,099 cases diagnosed in the last day and the barrier of 800,000 is broken, with a total of 813,416 people infected since the start of the pandemic.

According to the latest data, since the health crisis began, 32,225 people with Covid-19 have died in Spain. It is about 139 more people than those counted until Friday. In the last week the autonomous communities have notified 366 deaths.

The autonomous community that has added the most new cases to the Health balance is Madrid, with 6,616 new cases, a figure very far from the 13,449 cases registered after last weekend. They have risen compared to last Monday in Catalonia, which in today’s report has added 5,551 cases due to a data update due to a communication problem between computer programs that had prevented a PCR number from being uploaded to the monitoring system. Castilla y León has reported 1,965 cases since Friday; Andalusia, 1,525; Comunitat Valenciana, 1,130; and Murcia of 948.

In the hospitalization section, in the last seven days 2,004 people with coronavirus have been admitted, mainly in Madrid (320), Castilla y León (296) and Andalusia (284), and 144 have required assistance in an ICU. In total, 152,997 people have been admitted by COVID-19 since the start of the pandemic.

The Minister of Health Salvador Illa indicated in a press conference that “tough weeks” lie ahead, but has transferred his “recognition to those Autonomous Communities that are anticipating events to prevent.” “We believe that it is the correct form,” said Illa, who recalled that “we already had to bend the curve in the first hour and we achieved it together.” The minister has insisted that they work “from scientific evidence.” “We care very little, that is to say nothing, everything that is not protecting the health of citizens,” he said to defend that the Government is not “doing politics”: “We are here to save lives and, in a situation of extreme gravity , protect citizens “.

The director of the Center for the Coordination of Health Alerts and Emergencies, Fernando Simón, has spoken of the objective of reducing the incidence “below 50 cases.” An incidence that according to the data provided this Monday is 254 in Spain. A figure higher than 200 that experts consider worrisome and far removed from the 60 from which it is advisable to take action.

This Monday, the Minister of Health of Castilla y León, Verónica Casado, announced the confinement, starting this Tuesday, of León and Palencia capital. Both towns exceed the criteria agreed to impose restrictions with Health in the Interterritorial Council of the National Health System last week and, although Palencia does not exceed 100,000 inhabitants, the autonomous government has chosen to apply the same parameters.

The announcement in Castilla y León occurs on the same day as the National Court refuses to suspend in a very cautious manner the closure of Madrid, as requested by a private lawyer and the National Association of Leisure and Entertainment Entrepreneurs. The Community, where the capital and nine other cities with more than 100,000 inhabitants are confined to the perimeter since Friday at 10 p.m., has also appealed the order of the Ministry of Health, but has requested precautionary measures, so the response times for courts is higher.

The president of Castilla-La Mancha, Emiliano García-Page, has asked to wait 10 or 12 days for analyze measurements applied in Madrid and, if they do not work, “the only way is to harden them.”

The General Directorate of Public Health of Aragon has decided that Zaragoza return to phase 2 “preventively”, in the event of possible celebrations or social gatherings on account of the holidays around Pilar Day, on October 12. The city is below the parameters agreed by Health, so the measure of the regional executive responds to criteria of prudence, which allows establishing exceptions, such as keeping the capacity for shows and cultural activities at 75%. In the city of Huesca, with less than 100,000 inhabitants, the authorities have also chosen to return to phase 2 due to the increase in positives reported in recent weeks.