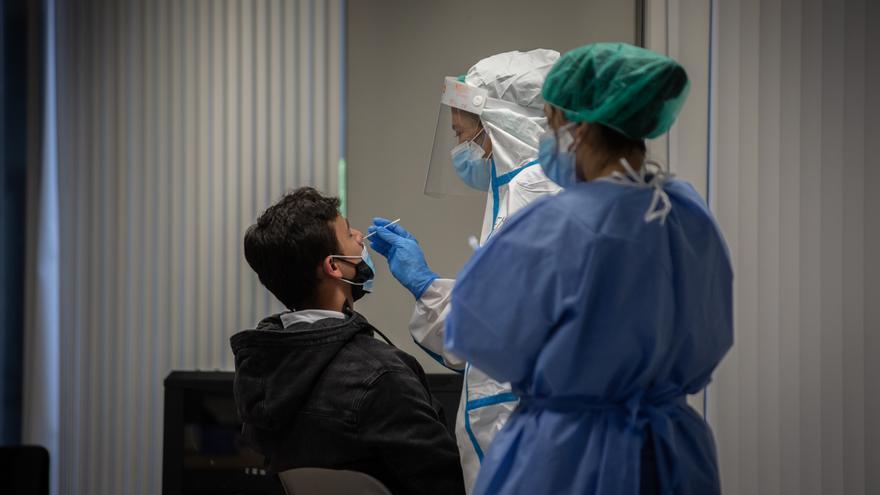 The Ministry of Health has registered 6,137 new cases of coronavirus. In total, since the beginning of the pandemic, 3,136,321 people confirmed by tests have been infected in Spain.

Regarding the deceased, the authorities have added 446 new ones, bringing the total since March to 70,247. Of them, 722 have died in the last week.

The cumulative incidence continues to fall, which this Wednesday stands at 159.57 cases per 100,000 inhabitants in the last 14 days. The data yesterday was 168.5 positives.

All this While several communities, the Valencian Community, Catalonia, Aragon, Murcia, the Balearic Islands and Castilla-La Mancha, coordinate to limit mobility at Easter. This afternoon, in fact, they will present a strategy in the Interterritorial Council of the National Health System in the face of this.

At the other end, in Madrid, the Government headed by Isabel Díaz Ayuso wants to relax the restrictions to “combine” the economy and health, although this Wednesday the Deputy Minister of Public Health and the COVID-19 Plan, Antonio Zapatero, has said that, “as Madrid is today”, he is not “for festive events”. However, twenty-four hours before, the mayor of the city, José Luis Martínez-Almeida, defended keeping the region open: “I would be in favor of not agreeing to the perimeter closure as has been done on other bridges and at Christmas. We are willing for tourists to return to the city and to comply with all the restrictions of the people of Madrid “.