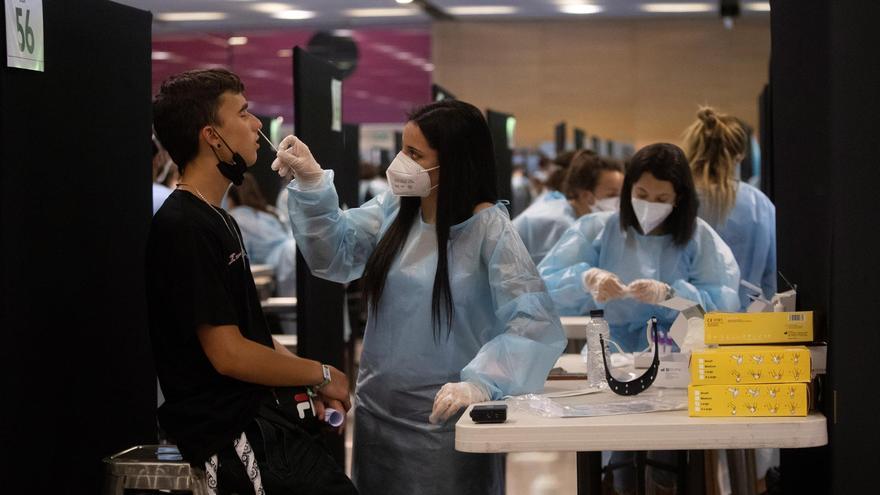 The cumulative incidence continues to rise in Spain. This Thursday it stands at 500 cases per 100,000 inhabitants in the last 14 days, which translates into 31 points more than the day before, when it was 469. This is the highest figure since February 11 and rises in all the communities, except in the Balearic Islands, which have not updated their data.

All in a day in which Health has added 27,688 new infections. This is an increase compared to yesterday, when they were 26,390. In total, since the beginning of the pandemic, 4,069,162 people confirmed by test have been infected in Spain.

Regarding the deceased, the authorities have added 41 new ones, bringing the total since March 2020 to 81,084. Of them, 49 have died in the last seven days.

Hospitalized patients continue to rise. This Thursday there are 4,705, of which 838 need ICU treatment. Occupancy stands at 3.91%, while that of intensive care units stands at 9.18%. In the last 24 hours, 838 people have arrived at the hospitals and 673 have been discharged.

Spain has reached 48.4% of the population vaccinated with the complete schedule this Thursday. That is, 22,949,155 people have received two doses of Pfizer, Moderna or AstraZeneca or one of Janssen – the only antidote that comes with a single puncture.

In addition, more than 28.7 million people – 60.6% of the population – have at least one dose of the vaccine. In total, the communities have administered more than 49 million vaccines, after 673,737 applied in the last day, according to the report from the Ministry of Health.