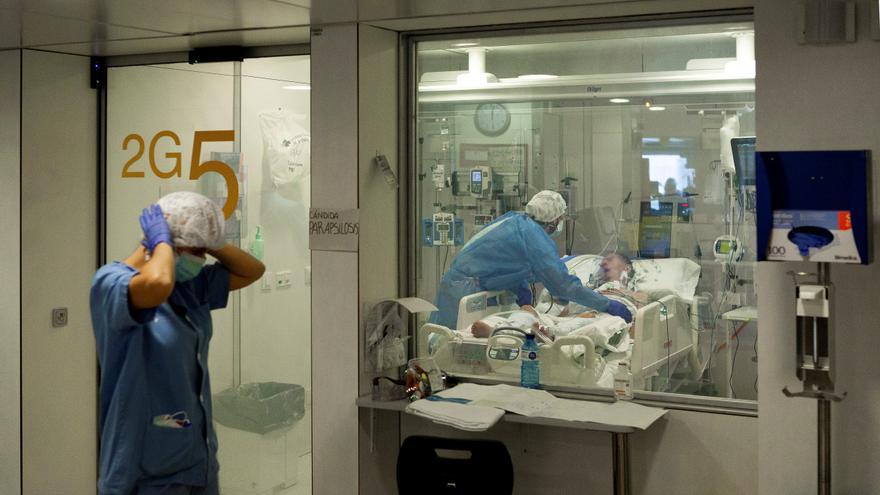 The Ministry of Health has registered 8,665 new infections in the last 24 hours, which is a slight increase compared to yesterday, when 7,665 cases were reported. With this new update, Spain exceeds the barrier of 3.5 million infected with COVID-19 (3,504,799) since the start of the pandemic, more than a year ago.

The Community of Madrid, with 2,557 new infections notified, Catalonia, with 2,464, and Andalusia, with 1,295, are the autonomies that report the highest increases in cases in the latest Health report.

The 14-day incidence rate has registered a drop of more than two points this Wednesday and stands at 230.27 cases per 100,000 inhabitants. This is the second consecutive decline and thus maintains a stable trend, which began last week, around 230 cases, which draws a fourth wave of infections in the form of a plateau, unlike the previous ones.

On the other hand, the daily report of the Ministry has added 88 new deaths since yesterday, which leaves the global count of deaths from coronavirus during the pandemic at 77,943.

Regarding hospitalizations, the percentage of those admitted to the ICU for COVID-19 has dropped slightly, standing at 22.99%. The total hospitalized for this disease also fell, which is currently 9,985.

The fourth wave of COVID-19 infections in Spain already shows signs of stabilization and for now it is the first of the entire pandemic that has not resulted in an increase in deaths. The curve of deaths, like that of hospitalizations, always carries - due to the virus cycles themselves - a lag with respect to that of cases. The third wave began to climb in late December and peaked in early February, about three weeks behind the positive wave. However, infections from the fourth wave began to rise on March 16, almost a month and a half ago, and for now they are not reflected in the death graph, which has been falling since February, although since the beginning of April more slow and with small peaks at the end of March. Right now the average, which must be taken into account that it may take some notification delay, is above 50 per day.