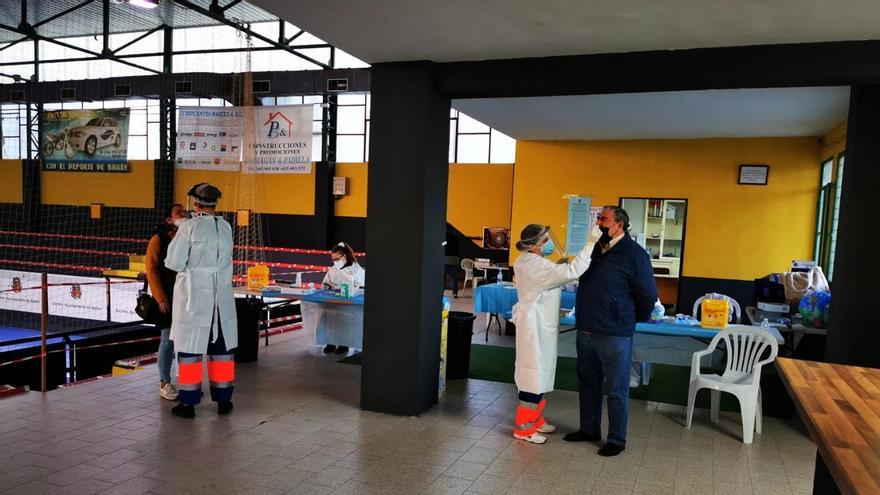 The Ministry of Health has notified 21,309 new cases of coronavirus this Monday since Friday. The figure represents an increase compared to the 17,681 new infections detected after the previous weekend, but also compared to the almost 20,000 of fifteen days ago. Since the beginning of the pandemic, 1,751,884 people have been infected in Spain, 2,448 of them diagnosed in the last 24 hours. Today, the incidence stands at 193.65 cases per 100,000 inhabitants in the last 14 days, a slight increase after the 189.6 on Friday.

In the death box, the Health balance already marks 48,013 since March. There are 389 more people than on Friday and 646 have died in the last seven days. The number of deaths on Mondays – the only report that groups three days – continues to decline compared to recent weeks. Last Monday 394 people had died; the former, 401; and makes three, 512.

By communities, the ones with the most new cases are Madrid, with 3,816 new infections; Catalunya, which incorporates 3,639; Andalusia, with 3,182; Comunitat Valenciana, which adds 2,146; and Euskadi, with 1,397. In terms of incidence, almost all communities maintain the same rates as on Friday, with slight increases or decreases. The most notable cases are those of the Balearic Islands, where it rises from 238 to 280 cases per 100,000 inhabitants, and Madrid and Extremadura, which increase by 20 points, from 207 to 227 and from 145 to 165, respectively.

The total number of hospitalized with COVID-19 in Spain, since the beginning of the health crisis, now exceeds 200,000, 2,002 of them in the last week and 11,736 remain hospitalized. In total, there are 9.61% of hospital beds occupied by coronavirus patients. This percentage rises to 21.7% in the case of ICUs, where 2,068 people remain admitted, 180 admitted in the last seven days.

This same Monday, the Minister of Health Salvador Illa spoke again of specific dates for the start of the vaccination campaign against COVID-19 in Spain, which has been placed before Three Kings Day, that is, January 6. Although “there will be plenty of vaccines,” Illa said, he also warned that “not all of them will arrive on January 4 or 5,” but they will “progressively and as they are manufactured.”

The director of the Spanish Agency for Medicines and Health Products (AEMPS), María Jesús Lamas, has advanced a chronology in this interview with elDiario.es: “As the European Medicines Agency (EMA) has said that, in all probability, it will have a final opinion on Pfizer on December 29, it is foreseeable that on December 30 or 31 the European Commission will be able to give marketing authorization. January 1 or 2, which is a weekend, would begin distribution to the autonomous communities. ”

In this same medium, Lamas has also recommended celebrating the Christmas holidays “as if there were not going to be a vaccine in January.” Thus, this Monday new measures have continued to be made known for Christmas in some of the autonomous communities that have yet to define their plan. The Balearic Islands have tightened their restrictions in Mallorca, where he limits meetings to six people and places the curfew at 10 p.m., also on Christmas Eve.

Castilla-La Mancha has announced that it will partially lift the perimeter closure between December 23 and January 6 to allow reunions between relatives and friends and increases the number of people who can meet to 10 for the holidays of Christmas Eve, Christmas, New Year’s Eve and New Year. Meanwhile, the Minister of Health of the Canary Islands, Blas Trujillo, has advanced that this week they will be adopted new measures to stop the spread of the virus in Tenerife.