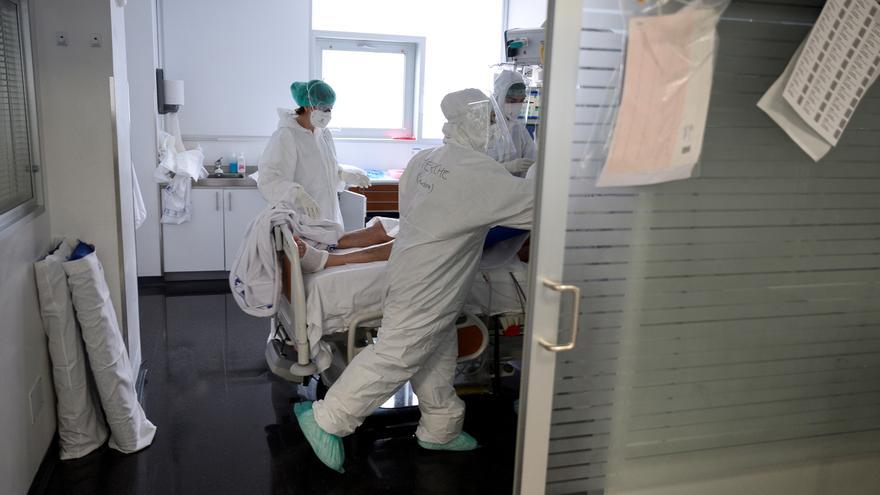 The epidemiological situation in Spain is once again high risk. The incidence rate has exceeded this Wednesday, for the first time since last March 5, the 150 cases per 100,000 inhabitants in the last 14 days, the barrier in the health authorities goes from medium to high risk. In the balance published this day by the Ministry of Health, the incidence stands at 152.25 cases, with the Community of Madrid and Navarra in a very high risk situation, exceeding 250 cases per 100,000 inhabitants.

The ministry directed by Carolina Darias has notified 8,534 new infections, compared to the 4,994 registered on Tuesday, and has counted 154 new deaths. In total, since the health crisis began, 75,459 people have died, 257 of them in the last seven days, and 3,284,353 people have been infected.

Hospital occupancy remains practically the same as on Tuesday, with 6.5% of plant beds occupied by COVID patients and 18.44% in ICUs. In total, there are currently 8,083 people admitted and 1,831 in some intensive care unit.

By communities, the ones that have reported the most new cases to Health are Madrid, with 2,078; Catalunya, which incorporates 1,867; and Andalusia, which totals 1,795. In addition, the incidence has increased in all the communities, except in the Canary Islands, Extremadura and Galicia.

These data come after the slight decrease in the incidence rate on Tuesday compared to Monday, due to an update of the registry. Just two weeks ago, on March 16, the curve for the third wave reached its lowest point: a rate of 127 cases per 100,000 inhabitants in 14 days. Since then it has been increasing and this Tuesday it stood at 147 cases, touching the high risk threshold set by the Health traffic light.

The rise in infections no longer leaves isolated outbreaks but an increase in cases that affects municipalities throughout the country, where 45% of the population lives. Some data that is framed in a holiday context by the Holy Week, which for the second year is celebrated with restrictions on mobility and limitation of social contacts.

Lleida, Vic, Mollet del Vallès, Igualada and Manresa, five of the ten large cities with the highest incidence rate, are in Catalonia. Also noteworthy are some localities where the positives for COVID-19 have multiplied in two weeks: Logroño (+ 290%), Santa Lucía de Tirajana (+ 256%), Mérida (+ 250%) and Cáceres (+239). These are some of the results extracted from the analysis carried out by elDiario.es based on data from the Health Departments of 17 autonomous communities and the autonomous cities of Ceuta and Melilla. You can read more details about obtaining this data in the methodology.