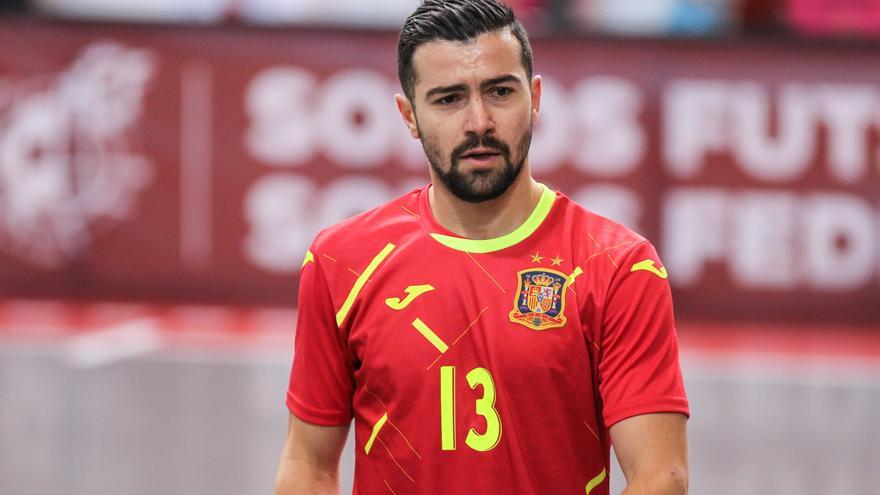 The Spanish team of indoor football has been eliminated in the Lithuania World Cup after succumbing this Monday with Portugal in the quarterfinals (4-2), a match where he came to dominate by two goals at the Vilnius Arena and which he ended up saying goodbye in overtime, victim of misfortune after an unlikely own goal.

As happened five years ago at the World Cup in Colombia, the quarters are once again the wall of the two-time world champion, who with 10 minutes to go was winning 2-0 with goals from Adolfo Fernández and Adri Martínez, but who could not convert that important advantage in the classification.

All the goals came the second half and in the extension. In the first, the game was very even, although the best chances were for the team coached by Fede Vidal, especially an empty goal that Adolfo scored and a double penalty that Adri sent out just before the break.

Both players managed to redeem themselves As soon as he returned from the dressing room, the Catalan with a great Vaseline on Baby and the Galician with a direct free kick that surprised the Portuguese goalkeeper. In just three minutes, Spain chained two steps towards the final, but in front they had the European champion, who demonstrated the reason for this condition.

The sticks and bad luck

In his only failure of an almost perfect match, Jesús Herrero did not block a distant shot from André Coelho, a controversial move because it was preceded by a possible foul by Ricardinho on Adolfo who, video review through, went to limbo. Spain accused the blow and, four minutes from the end, made a defensive error that Zicky Tea became the tie.

In a fast-paced regulation time finale, with difficulties for the two-time world champion, with only one second to go, Adolfo crashed the goal that would have qualified Spain on the post. Three times his team ran into wood.

As happened in the 2018 European final, the neighboring teams returned to the extension, where bad luck was cruel to Vidal’s pupils, since José Raya scored at his own door after a clearance transformed into a diabolical parable that surpassed Herrero in the form of Vaseline.

Against the ropes, Spain turned to the goalkeeper-player and the captain Carlos Ortiz lost a ball that Pany Varela, Portugal’s top scorer in this World Cup, made the fourth Portuguese goal scoring at pleasure, with the goal orphan of the owner. Spain tried to the end, but could not close the gap and will have to wait three years to try to embroider their third star on the shirt.

Incidents: Quarterfinal match of the 2021 World Cup in Lithuania played at the Vilna Arena with limited attendance.