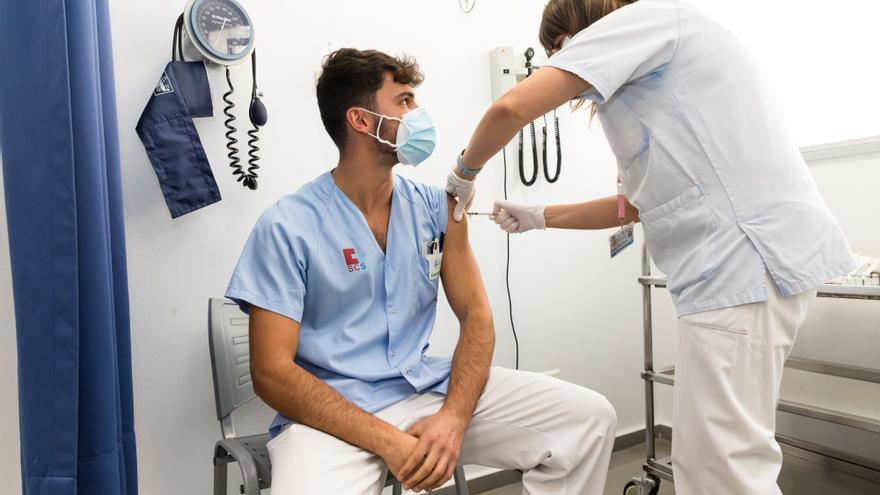 The autonomous communities have administered 768,950 vaccines to date, 67.5% of the doses received and double that at the beginning of the week. According to the data updated this Friday by the Ministry of Health, Spain has managed to overcome the slow rate of vaccination with which it began its campaign, despite the fact that the Basque Country and Madrid continue to lag behind among the 17 autonomies.

On Thursday, for the first time since Health prepared the report in collaboration with the regions, Euskadi came to be in last position replacing Madrid, despite the fact that the capital continues to face the ravages of the storm Filomena a week later. The first has administered 22,464 doses (46.2% of those received) and the Community of Madrid 77,921 (51.2%), a significant improvement considering that on Monday it had administered only 25.2%.

For their part, Melilla, the Valencian Community, Galicia and Asturias continue to top the list. The autonomous city has been the only one that has managed to reach 100% of the administered doses, but in this latest report it has gone from efficient: it has reported 102.1% of the doses as administered, that is, more than includes your remittance. In more coherent thresholds, Valencia is handled, with 92.1%, Galicia, with 86%, and Asturias, with 85.3%.

With regard to the rest of the autonomous communities, the majority are between 60 and 70% of the inoculated doses, such as Andalusia, Catalonia and Castilla La-Mancha. Slightly above is Castilla y León, which has managed to get 59,411 vaccines, 75% of its consignment, and Ceuta, with 78.1% of its doses. In gross figures, Andalusia stands out, which has injected 139,718 doses, Catalonia, with 122,577, and the Valencian Community, with 86,923.

The Minister of Health, Salvador Illa, warned that Spain would reach the vaccination cruise speed (about 90,000 doses a day) and it has been achieved in the twilight of the week. This places the country in a more favorable situation in order to administer the second doses, which will begin next Monday 18 at the residence of Los Olmos, Guadalajara, with Araceli, the first elderly woman vaccinated.

Today Pfizer announced a temporary delay in the delivery of doses to Europe. The reason is due to a readjustment in its internal organization to adapt to the increase in production expected for this year, in which 700 million more doses will be shipped than in 2020. Meanwhile, the American laboratory Moderna has delivered 35,700 doses to Spain. and of those that, to date, only 417 have been injected. With all this, the Health officials foresee having comfortably reached the first phase of the vaccination plan in March, which includes residences, first-line health workers and in contact with the COVID-19 and large dependents.