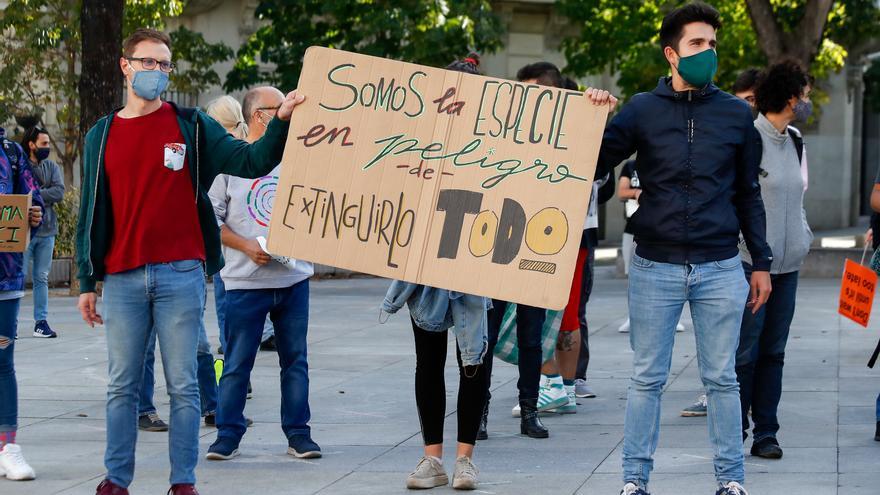 Spain has, since this Thursday, a climate change law to fight against global warming and its consequences. The Plenary of Congress concludes the parliamentary process after passing the text through the Senate. Most groups have announced their support. The PP advanced the abstention and Vox the vote against.

“It is a law that the country needs and that had been delayed for too long. There are threats and risks that do not distinguish political colors, but that do prey on the most vulnerable: our generation has a great obligation to confront climate change. We do not want to leave an unsustainable growth model doomed to collapse, “said the fourth vice president of the Government and Minister of Ecological Transition, Teresa Ribera, in the hemicycle.

A law that it acts as a sort of roadmap that sets the “decarbonization” of the Spanish economy as its main objective, that is, that human activity in 2050 emits only the greenhouse gases that can be absorbed. To achieve this, it sets milestones in terms of reducing CO2 emissions, incorporation of renewable energy sources –especially wind and solar–, use of electricity from clean sources or energy efficiency in homes and buildings so that demand is reduced.

“There is a lot of talk about the discrepancies of the coalition government, but not so much when working side by side to carry out a law like this,” summarized the spokesman for United We Can, Juantxo López de Uralde, during the session that voted on the amendments of the Senate. “I agree that it is late, but it arrives when there has been an Executive with the political will to carry it out,” he concluded.

The deputy of Esquerra Republicana, Gabriel Rufián, has summed up a certain feeling in the Chamber by stating that “Is it the law that we would make No. Is it ambitious enough? Either. But it does mean something important: the beginning that the Government is aware that something is happening on the planet. You have to stop playing Russian roulette in the name of the free market. “

The figures that the text handles, which have changed somewhat during the law’s processing, are known: to cut gas emissions by 23% by 2030 compared to what was launched in 1990. That year, for which there is less than In a decade, 74% of the energy generated in Spain will have to come from clean sources and 42% of all the energy consumed must be from a renewable source. Regarding efficiency, a minimum of 39% is marked for 2030.

The law offers certain tools to achieve these objectives: prohibition of looking for hydrocarbons in Spain, elaboration of an efficiency plan for homes (that does not waste energy which results in consuming more), end of the sale of gasoline or diesel cars for 2040 or the obligation to draw low-emission zones in cities to transform the pattern of urban mobility.

This rule comes more than five years after the Paris Agreement against Climate Change was reached. This binding text marks Humanity’s global objective to be able to limit the warming of the planet to less than 2ºC, and, preferably, not to exceed 1.5ºC in the year 2100. For that, scientific projections have already repeated that the amount of gases greenhouse gases that are released into the atmosphere should fall 50% in this decade. If not, climatic inertia will make it impossible for the planetary thermometer not to rise above that threshold in the next half century.

The law is late and has left some political and environmental groups dissatisfied who have been demanding an ambitious rule for years. The deputy of Más País-Equo, Inés Sabanés, reiterated this Thursday that the law needs “mmore ambition, more ambition, more ambition. We are going to stay behind again in Europe before the acceleration of countries like Germany. “

Thus, Ecologistas en Acción understands that the objectives “are already out of date.” They also believe that “false solutions based on technological advances” are supported instead of stressing the “need to reduce the consumption of materials and energy”.

The director of SEO-Birdlife, Asunción Ruiz, admits that the “law will allow Spain not to be the desert of Europe and marks the beginning of the road” and has set duties: “That the expansion of renewable energies respect the heritage of biodiversity and that an expert committee be created for science to guide the new emission reduction goals. ” “It is an unambitious starting point and does not respond to the climate crisis and will need to be strengthened in its development,” the organization Greenpeace has analyzed.