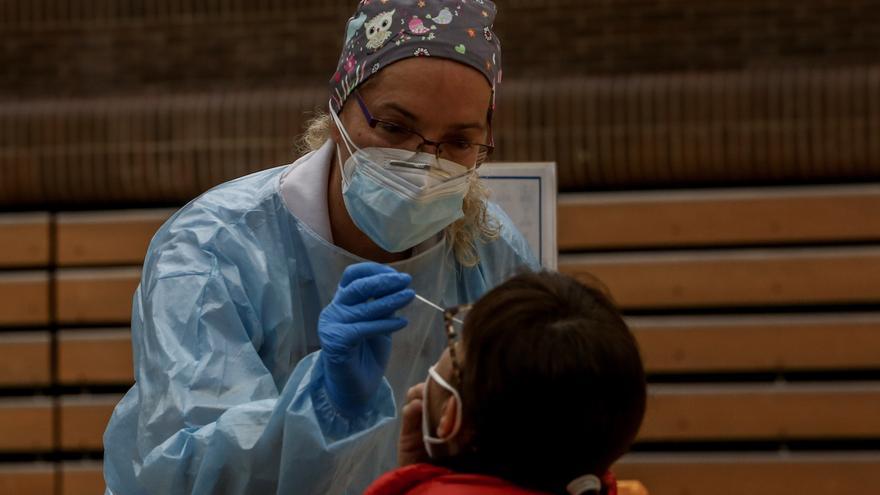 The Ministry of Health has registered 22,516 new coronavirus infections. Of these, 9,150 have occurred in the last 24 hours. In total, since the beginning of the pandemic, 1,328,832 people confirmed by tests have been infected in the country.

In addition, the health authorities have added 347 new deaths to the total balance, which stands at 38,833 victims. Of these, 1,088 have died in the last week.

The autonomous communities will have to carry out the domiciliary confinements that they consider appropriate to appease the second wave of COVID-19 through ordinary health legislation and the corresponding judicial authorization. That is the response that the Government gives to the autonomies that raised the possibility of carrying out temporary confinements to flatten the curve. Pedro Sánchez does not plan to modify the alarm decree that the Council of Ministers approved a couple of weeks ago with the aim of providing the autonomous communities with the necessary and homogeneous legal coverage to face the pandemic.

Several autonomous communities, including Asturias, Castilla y León and Euskadi, raised the Executive with the possibility of carrying out temporary confinements similar to the one decreed in March. The Government wants to avoid this situation at all costs, it maintains that we must still wait to see the effects of the measures implemented fifteen days ago, such as the curfew, and even Dr. Fernando Simón has said that he does not believe it is necessary. Moncloa, however, considers that in any case the autonomous communities will have to make this decision and carry it out through the General Health Law of 1986, according to El Confidencial has advanced and government sources have confirmed to elDiario.es.

This Friday, The Community of Madrid has announced that it decrees new closures in six new basic health zones in the region, in addition to the 35 areas that already had restrictions. The measures will come into force next Monday and in these areas unjustified entries and exits are limited. In addition, the regional government maintains the curfew from 00 hours to 6 hours beyond November 9, as reported by the Deputy Minister of Public Health, Antonio Zapatero.

In total, eight municipalities are confined: Chinchón and Villaconejos, from the basic area of ​​Colmenar de Oreja; San Martín de Valdeiglesias and Pelayos de la Presa, from the basic area of ​​San Martín de Valdeiglesias; the municipalities of Moralzarzal, Alpedrete and Galapagar; and the basic areas of Sierra de Guadarrama and Collado Villalba Estación, in the municipality of Collado Villalba, which is completely confined on the perimeter. The Director of Public Health, Elena Andradas, has specified that these basic areas register a cumulative incidence over 14 days of more than 500 cases per 100,000 inhabitants and that they do not show a downward trend.

These measures are in addition to the perimeter closure of the entire region for the bridge, which came into effect this Friday at 00:00 and will last until Tuesday, November 10, at 00:00.

On the other hand, In Extremadura, the Junta has declared alert level 3 throughout the region and in all its municipalities for 14 days. This level will lead to a reduction in capacity in commercial establishments, which may not exceed 40% of capacity, as well as inside restaurants and bars, where the bar will have to be closed. The terraces of these establishments may have up to 50% capacity and the tables cannot exceed the meetings of six people who are not living together.

In addition, the common areas of shopping centers and parks will have 30%, and 35% of capacity in hotels. Places of worship may not exceed 25% and public attendance at sporting events is prohibited.