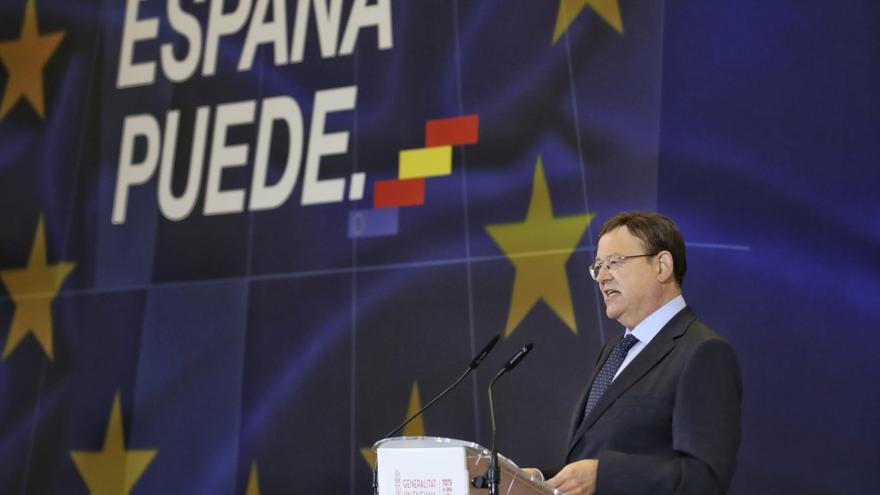 We live in exceptional times. In fact, we face a new historical cycle, the Anthropocene, in which the chain of interrelated global crises is already affecting our lives. In this context, COVID-19 constitutes an extraordinary tragedy, but unfortunately it is not and will not be the only crisis of the century and the climate emergency and environmental destruction point to more far-reaching destabilization scenarios.

The European Green Agenda, promoted by the liberal / conservative leadership of Von der Leyen, Merkel and Macron reaffirms itself in the green and becomes, for now, Keynesian, based on three central ideas.

In the first place, it is an initiative that recognizes the emergency caused by the eco-social crisis and assumes the need to introduce certain changes in the current socioeconomic logic in order to achieve decarbonization and rehabilitate the main natural systems before the middle of the century.

Second, the Agenda is conceived as an excellent opportunity to offer European capital and companies the necessary resources and guidance to open a new expansive cycle around "green" business models and digital modernization.

Third, the version of the Agenda is projected in the code of Green New Deal with a shock billionaire investor for the next six / seven years, (about 3.75 billion euros adding the Next Generation EU program, the Commission's multiannual budget and the ECB's financial hedging action) and recognizes the need to prevent the increase in the inequalities promoted by neoliberal recipes in recent decades have led to the outbreak of a deep social and political crisis.

And yet, beyond the importance of the turnaround made and the opportunities it opens up, it is also essential to perceive its difficulties. Will it be possible to articulate "what is possible and what is necessary" in such a short space of time? What contradictions does an agenda designed at the scale of large companies raise? How will an overflowing global debt be managed? Is it really possible to reverse underlying trends and move towards more just and democratic social scenarios? What if the paradigm of unlimited growth had to be questioned and bet on a rapid adaptation to the already overwhelmed biophysical limits? In the future, these and other issues will have to be explored.

The "Spain Can" plan

Spain begins these days the presentation of its plan "Spain Can", the name under which the Recovery, Transformation and Resilience Plan revolves, in Brussels. In it, the guidelines of the European Green Agenda are specified for one of the most fragile countries on the continent in COVID, ecological and socioeconomic terms.

Coinciding with the dramatic rebound in the third wave of the pandemic and its 50,000 deaths, the country faces a worrying socioeconomic outlook. 11.6% falls in the economy (OECD), business closures between 6% and 10% (Bank of Spain), unemployment rise to 20.8% (IMF) and public debt of 119% of GDP ( Government). Young people, the unemployed, women, the elderly and minorities, may once again be the main victims of a new recession whose recovery could be postponed until 2024/2025.

Ecologically, Spain is also especially vulnerable due to its position, geographical and climatic characteristics and its economic model. The work of the University of Leeds on the biophysical limits that maintain current life on the planet indicates that in Spain 71% of them already exceed the reference values ​​with excesses that go between 200% and 600%.

The key features of the "Spain Can" Plan

The Plan is presented, as a country project for the modernization of the Spanish economy, the recovery of economic growth and job creation, for a solid, inclusive and resilient economic reconstruction after the COVID crisis and to respond to the challenges of the next decade. Its program is based on an exceptional increase in public investment in the period 2021-2026 (based mainly on the 140,000 million euros of the Next Generation EU program) complemented by a significant volume of private investment, which would increase the potential of the Spanish economy above 2% GDP (Plan Spain May. Presidency of the Government. October 2020).

In addition, the General State Budgets for 2021 benefit from 27,000 million from European programs, which allows raising the "spending ceiling" to 196,097 euros, 53% higher than that planned for 2020. A global vision on intentions of the Government around the Spain Can Plan, could be synthesized around an appreciation of its potential strengths and questions.

Regarding the former, beyond their ambition to meet the objectives set, we must highlight the will to maintain public policies for job creation (800,000 jobs in three years) and for the protection of the most vulnerable populations, resisting the pressures of the institutions. Europeans on key issues such as pensions and labor regulation; the implementation of a powerful political, legal and economic framework to deal with the energy / climate binomial with solvency; the desire to multiply the scientific, training and technical power of the country; and the ability to significantly increase public investment in the next decade.

Regarding the questions, it is possible to raise doubts about the real possibility of reconciling the immediate economic expansion and its urgent transformation to achieve a drastic reduction in the climate and environmental footprint; the insufficiency of the decarbonization and environmental restoration targets by 2030; the difficulty of coordination between the Public Administrations and of these with a private sector made up of powerful business networks; and the scant attention paid to promoting citizen involvement throughout the process.

In a framework of clash between the current development logics and the biophysical limits of the planet, fighting the pandemic, creating activity and employment and moving rapidly, at the same time, towards an economy compatible with the limits of the biosphere, constitutes a titanic task. , especially if it also has to be done in two or three decades. Beyond the immediate strengthening of public services, especially health services at all levels and at the height of the COVID challenge, it is essential to guarantee the realization of a series of lines of action that allow rapid progress towards a compatibility of the Spanish socioeconomic system with the country and general biophysical boundaries:

To begin with, a broad public information, debate and position-taking campaign should be carried out that reaches the whole of society and encourages its active cooperation with the changes to be addressed. In Spain this initiative has not taken place and without this involvement it will be impossible to carry out real transformations. As a reference, it should be remembered how in France the so-called "debate of the century" has taken place, the creation of a Citizen Convention and Macron's proposal to hold a referendum to address a reform of the Constitution in this regard.

To continue, it would be necessary to guarantee the concretion of a series of lines of action that allow rapid progress, in a couple of decades, on certain key issues:

Finally, such requirements could only be achieved within the framework of a political and social pact around eco-social emergency strategies that endows democratic institutions with the necessary financial and fiscal competencies, instruments and resources.

The themes set out, in the face of the logic of unlimited growth of capital accumulation and consumption, tend to prioritize rapid adaptation to the limits of the biosphere and point towards a simpler, more sober society and less dependent on indiscriminate global logistics. However, everything points to the current difficulty of reaching a broad social pact around ecosocial emergencies that reformulate current priorities and lifestyles. For this to be viable, much more information would be needed about what is at stake, transparency about the evolution of events, the ability to question the goodness / viability of the consumer society and to discover new values ​​and meanings of life, a powerful citizenship and proactive, and a deep regeneration of politics.