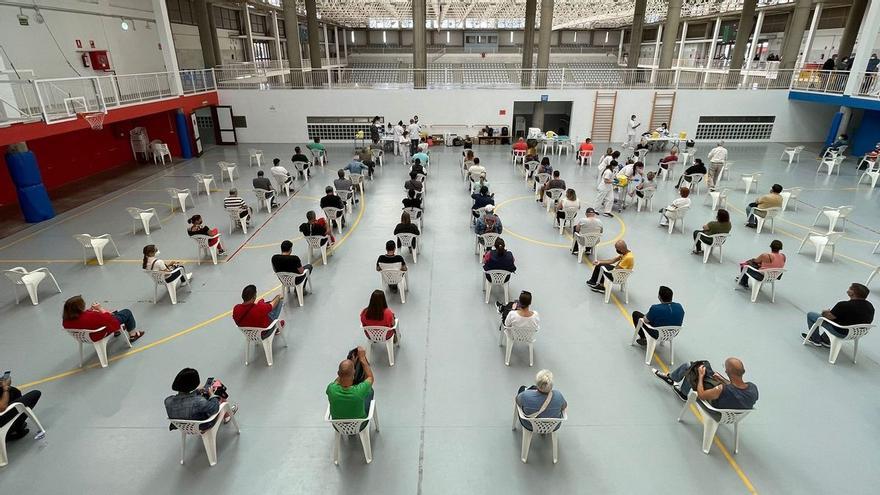 Spain has broken a new daily vaccination record this Thursday after inoculating 747,589 doses in 24 hours. The previous brand had been registered just a week ago, when 733,000 doses were put in one day.

With this, almost 18 million people have already received the complete vaccination schedule, 37.9% of the population, and 25.6 million have at least one dose, 54% of the inhabitants.

In total, 42 million doses have been administered since the start of the campaign, at the end of December. Vaccination therefore continues at a good pace and following the times set by the Government. Yesterday, the president of the Executive, Pedro Sánchez, affirmed that Spain will manage to immunize 25 million people by July 19 and 70% of the population in August, that is, 33 million people.

After the doses administered in the last 24 hours, the vaccination rate reaches unprecedented levels, with more than 533,000 doses a week on average. If speed is maintained, it would take communities an additional 45 days to reach the target of 70% immunized population.

By age group, 86.4% of those over 40 years of age have at least one dose of the vaccine and 54.2% have received the full schedule, that is, two doses of Pfizer, Moderna or AstraZeneca or one by Janssen.

Specifically, the entire population over 80 years of age and practically all those over 70 are fully immunized against COVID-19. In addition, 94.1% of the 60 to 69 group received the full regimen and 48.9% received at least one dose.

The population group that is advancing at the fastest speed at the moment is that of 50 to 59: 87.8% already have the first puncture and 75.9% have received immunity. The next age group, 40-49, has 67% vaccinated with the first injection and 54.2% with the full regimen.

By communities, Asturias continues as the region with the highest percentage of immunized population and is approaching the 50% barrier, with 46% of its inhabitants fully vaccinated. Galicia, with 45.7%, and Castilla y León, with 43.3%, are also at the top of the table. In contrast, the Balearic Islands, with 32.9% of the vaccinated population, the Canary Islands (34.2%) and Murcia (35.3%), progress with a worse rhythm.

Asturias also leads the ranking of the regions with the highest percentage of administered doses than those available, with 99.7%. Madrid, with 86.7%; Cantabria, with 88.8%, and La Rioja, with 90.2%, are the autonomous regions with the worst data in this regard.