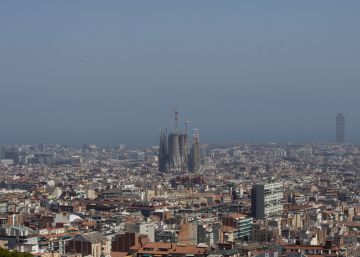 All members of the European Union they should have submitted their national air pollution control programs more than five months ago. According to European legislation, these plans are “the main governance tool” to apply the 2016 air pollution control directive. And they must contain concrete measures to achieve reductions in pollutant emissions over the next decade for different sectors, such as energy supply, transportation, industry, agriculture and waste management. However, the EU states once again suspend the fight against pollution and 15 countries have not submitted their final documents yet, despite the deadline ending April 1.

Among the fortnight of countries that have breached that legal deadline is Spain. The Ministry for Ecological Transition, in charge of preparing the plan, ensures that it is “finalizing” the document to be sent to Brussels and that this has been communicated to the European Commission. This department exposed to public information the draft of the program on April 9 – eight days after the deadline to send it to Brussels expires – and after the comments received and the changes that must be made it is waiting for the document to be approved in the Council of Ministers, for which The ministry does not offer any specific date.

Of the 15 countries that have not yet complied with the official information of the European Commission, four – Croatia, Ireland, Latvia and Slovakia – have only officially submitted a draft. The remaining 11 – Bulgaria, the Czech Republic, France, Greece, Hungary, Italy, Luxembourg, Malta, Romania, Slovenia and Spain – have not provided any documents. At the end of June the European Environment Agency already warned that 17 countries had not provided their programs to the European Commission. And, although two countries have already done so since then, the breach of community partners remains very broad.

For the European Environment Office (an NGO based in Brussels known for its acronym in English EEB) This breach is "an incredibly worrying signal." EEB recalls that there has already been a “wave of infringement procedures” for air quality in recent years. "Too many Member States are not doing enough to deal with air pollution and protect the health of their citizens," laments this NGO. According to the latest data from the European Environment Agency, air pollution is behind more than 480,000 premature deaths annually in the EU alone.

Last july the European Commission took to Spain and to Bulgaria before the EU Court of Justice for repeated breaches of pollutant limits for almost a decade. In 2018 Brussels I had already sued Germany, the United Kingdom, France, Italy, Romania and Hungary for the same reason. In all these cases, non-compliance refers to the limits imposed for specific urban agglomerations during this decade. And the problems focus on harmful particles (PM2.5) and nitrogen oxides (NOX), two pollutants harmful to health linked to traffic and energy production.

The programs that EU countries must now present and that more than half of the states have not sent refer to the national objectives that they will have to meet during the next decade. A 2016 directive established emission ceilings for five of the main pollutant groups and for each of the countries. And the national programs must be useful for the states to fulfill those objectives.

The need for countries to have these plans is clearly seen in the draft control program that the Ministry for Ecological Transition has made publicly available. In this document it is pointed out that only with the measures that Spain has at this time will not be able to fulfill its European obligations to reduce pollutants. For example, in the case of nitrogen oxides, the new directive states that by 2030 Spain must have reduced those emissions by at least 62% compared to 2005 levels. However, existing measures will now leave the country far from that objective, specifically, 13 points away, as reflected in the document exposed to public information. That is why Spain, like the rest of the States, needs to apply new measures through the program to be presented in Brussels.