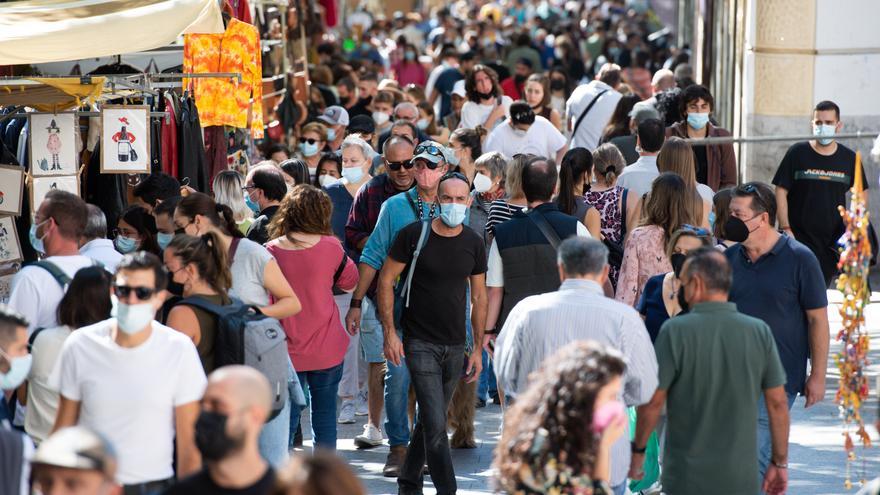 The incidence in Spain falls to 50.96 cases per 100,000 inhabitants notified this Wednesday. With these figures, which were not seen since July 2020, the country is close to the range of low risk of contagion of COVID, which will be achieved when fewer than 50 cases are notified, according to the criteria of the Ministry of Health.

Spain has notified this Wednesday 2,303 new infections, an increase compared to this Tuesday, when 1,801 new cases were registered. In total, 4,969,503 people have been infected by COVID since the start of the pandemic.

Health authorities have also reported 57 deaths, making a total of 86,678 deaths from COVID since the start of the pandemic. It represents a decrease compared to this Tuesday, when 94 deaths were reported.

The endorsement of the European Medicines Agency (EMA, for its acronym in English) to the third dose of the vaccine against COVID-19 has given Spain the last push it needed to approve its administration, although limited only to those over 70 years of age. It has been decided by the Public Health Commission in its meeting this Tuesday. This is the third group to receive a new injection after the immunosuppressed population and the elderly in nursing homes. Inoculation, with m-RNA vaccines (Pfizer and Moderna), will begin at the end of October and provided that six months have passed since the second dose.

The demand has been flying over the conversations between the Ministry of Health and the autonomous communities for weeks after reaching a wide vaccination coverage in the general population. 87% of citizens over 12 have a complete guideline. Some territories, such as Castilla-La Mancha – led by the Socialist president Emiliano García-Page – have already they took for granted last week that it will begin to be supplied in mid-October. The technicians of all the communities have agreed with Health on the convenience of approving a third dose for the elderly population, except the Community of Madrid, which has been opposed because, as they have argued, “there is no scientific evidence” and they do not see “urgency” in administering it. There have also been discrepancies on whether or not to administer it along with the flu vaccine. Galicia and Euskadi are not sure what is the most appropriate, so their vote has been against. Sources of the Xunta explain it like this: “It has been decided that those who are completely sure will vote yes and not those who have doubts about putting together a third dose and flu vaccine.”