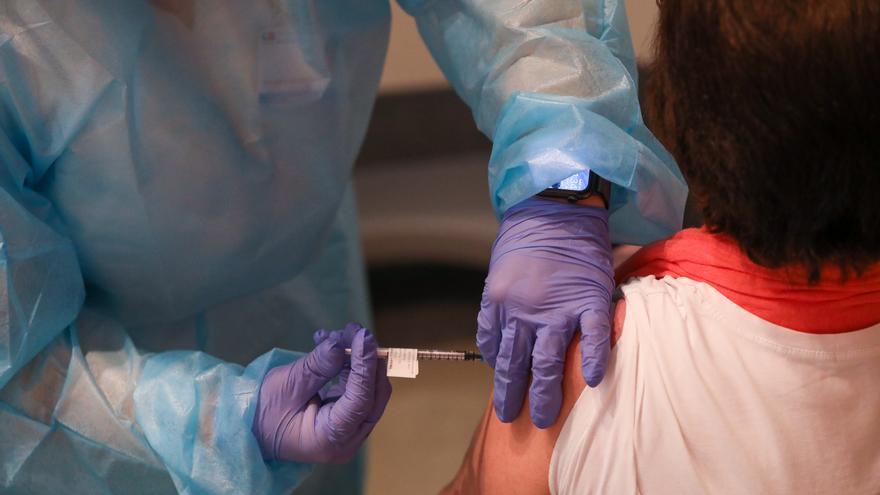 The Government of Spain has indicated this Thursday that the temporary suspension of patents for vaccines developed against the coronavirus raised by the Biden administration It “leads the way” although it has warned that “the exemption alone is not enough to guarantee access to developing countries.”

As reported by Moncloa, the temporary suspension “may take some time to approve and, in the meantime, pharmaceutical companies are required to be flexible by speeding up the granting of voluntary licenses.” The Government has also pointed out that it is necessary to “strengthen the transfer of knowledge and technology, increase the global production of vaccines and accelerate their distribution throughout the planet.”

At this point, the Executive has explained that a proposal has just been circulated in the form of a ‘Non Paper’ that addresses these elements and that the President of the Government, Pedro Sánchez, will take to the European Social Summit that begins this Friday in Porto.

In the document, entitled ‘Initiative vaccines for all’ and to which this newspaper has had access, the Government states that global vaccination presents “numerous challenges that have to be addressed simultaneously and in a coordinated manner.” To do this, they expose three main pillars: “Sharing knowledge, maximizing existing production capacity and eliminating trade barriers.”

Thus, the Government believes that intellectual property “cannot be an obstacle” to ending the pandemic “and emphasizes the importance of improving the joint technology platform C-TAP, already existing, as a tool to share all kinds of knowledge about of the virus.

Spain also proposes the creation of a platform that guarantees an adequate link between the production and demand of the vaccine in the different countries in the world, as well as measures aimed at improving trade. “All countries must commit to relaxing barriers to trade, including sanctions on the import and export of goods,” the document reads.

Finally, it invites countries to expand their contributions to the COVAX mechanism to ensure its efficiency and invite the creation of a public-private alliance between airlines, states, international organizations and other relevant actors, such as GAVI, to “promote the distribution of vaccines.”

This message comes after the United States on Wednesday supported suspending anti-COVID patents. It was made public by Katherine Tai, representative of Foreign Trade, who announced the support of the Biden administration for the measure defended in the World Trade Organization by dozens of countries, mainly impoverished.

“These extraordinary times and circumstances call for extraordinary measures,” he said on Twitter. “The United States supports the exemption of intellectual property protection on COVID-19 vaccines to help end the pandemic and we will actively participate in negotiations at the WTO to make that happen.” “The Government strongly believes in intellectual property protections, but in the interests of ending this pandemic, it supports the exemption of those protections for COVID-19 vaccines,” reads the statement shared by Katherine Tai.

The president of the European Commission, Ursula von der Leyen, said this Thursday that the EU “is ready to discuss how the US proposal of an exemption on the protection of intellectual property for vaccines against COVID-19 could help achieve the goal of combating this crisis. ”However, Angela Merkel opposes Biden’s plan, thereby chilling the possibility of suspending patents for COVID vaccines at the WTO, where consensus is needed.

“We are ready to discuss the US proposal for an exemption from intellectual property protections for COVID-19,” said Von der Leyen: “In the short term, however, we call on all vaccine producing countries to that allow export and avoid measures that interrupt supply chains. ”

In this context, the Government has valued the gesture of the United States. “We value the gesture of the United States very positively,” diplomatic sources have commented, recognizing, in line with what was expressed yesterday by Washington, that “it is true that we are in an extraordinary situation and we must be willing to take extraordinary measures” and recalling that the EU has already ruled along these lines.

The Government considers it “very positive” that this issue is now going to be tackled together in the World Trade Organization (WTO) and the World Health Organization (WHO) and ensures that this problem is being studied “in depth” .