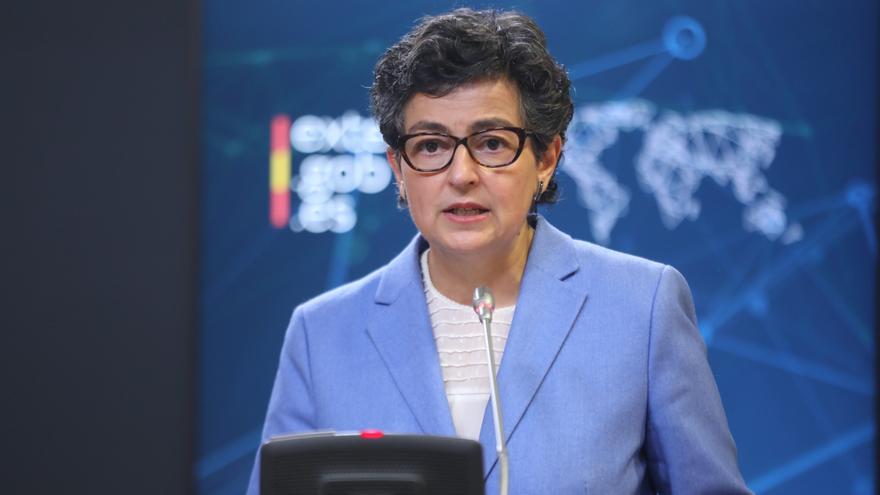 The Foreign Minister, Arancha González Laya, confirmed this Thursday that Spain and the United Kingdom have reached “a principle of agreement” on Gibraltar “that will serve as the foundation for a future treaty between the United Kingdom and the EU regarding Gibraltar” , has added. According to the text, Schengen will be applied to Gibraltar and “the gate is raised”, the minister clarified.

González Laya has indicated that the text is the result of six months of work “and two long nights without sleep” and has indicated that a new stage is now beginning. The minister has indicated that Spain will be the EU Member State “responsible” for the application of Schengen in Gibraltar and during a transitional period it will have the assistance of Frontex for 4 years.

The agreement also allows the incorporation of fair competition measures in taxation, environment and labor issues. “All this is done without prejudice to the irrevocable claims of both parties in matters of sovereignty, which have been safeguarded,” the minister clarified.

The compromise reached has been handed over to the Community authorities and from now on, the Commission will have to make a proposal for negotiating directives to translate this principle of agreement into an Agreement between the European Union and the United Kingdom. “We must remember that the European Union needs Spain’s request to reach any agreement with the United Kingdom in relation to Gibraltar, and we have requested it to do so,” said the minister.

“Without this agreement, Gibraltar would be the only place where there would have been a hard Brexit,” said González Laya. He commercial agreement reached on Christmas Eve between the EU and the UK it did not cover Gibraltar, so hard Brexit on this border was not yet ruled out.

“It would be paradoxical that in the place where citizens most wanted to stay, the hardest consequences were experienced,” the minister added, referring to the results of the 2016 Brexit referendum, where permanence in the EU obtained 95.9% of the votes.

The transition period ends this Thursday, which means that Friday will be the first day on which the consequences of Brexit can be experienced, such as the departure of the United Kingdom from the customs union and the European common market and the end of the free movement of people.