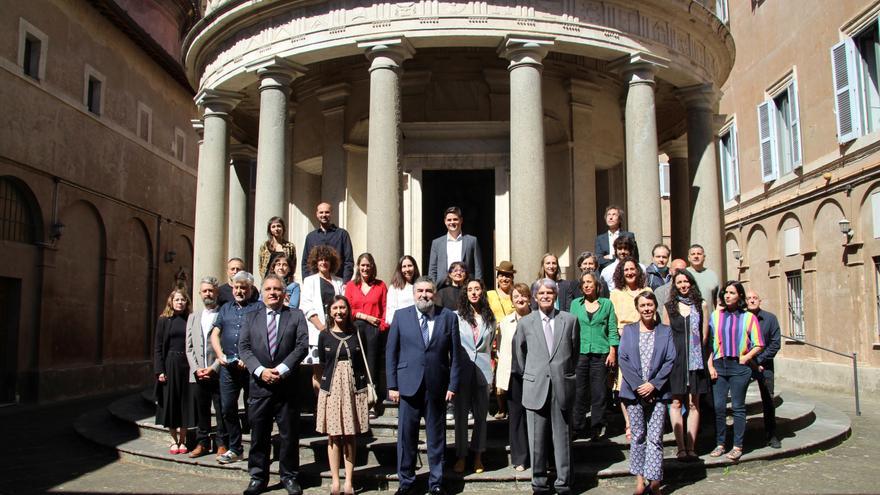 Rome, May 27 (EFE) .- Spain is going to study with Italy “how to take joint initiatives in the European Union” (EU) on culture, as well as “the approach” of European recovery funds, with special interest in “the the idea of ​​cultural tourism and the recovery of heritage as a lever for revitalization, “the Spanish Minister of Culture, José Manuel Rodríguez Uribes, said today in Rome.

Rodríguez Uribes, who is meeting this afternoon with his Italian colleague, Dario Franceschini, explained that Spain and Italy are “probably the two European countries with the greatest heritage” and that both “have suffered in a special way from the pandemic.”

“And now it is important that we deal with the issue of European Recovery Funds, the approach we want to give it,” he told the press after touring the “Goya Fisonomista ‘exhibition at the Instituto Cervantes in the Italian capital and visiting the Academy of Spain. , where he met with its residents.

“We have shared ideas. I know that Italy is going to bet a lot on the idea of ​​cultural tourism and the recovery of heritage as a lever for revitalization. We are doing it in Spain and now I am presenting the plans to the different regional presidents, with whom we want work together, “he added.

Rodríguez Uribes insisted that “culture has to be a fundamental engine out of this crisis, an economic solution and also the recovery of self-esteem in a new stage”, with “a fundamental role as an industry, creator of employment and wealth, but also as a right of citizens and creators “.

“The residents of the Academy of Spain have raised me the issues that have to do with the status of the artist” and “I want to share them with my Italian colleague to see how we can also take joint initiatives in the EU,” he added.

The recent Spanish proposal in the European Council of Culture on “the audiovisual world, with the platforms and producers that Italy supported”, the collaboration in UNESCO and the cultural summit of the G20, under Italian presidency, next July, will be other matters addressed at the meeting with Franceschini.

Asked about the end of the term, next Monday, to close the agreement for the transfer of the Thyssen collection to the Spanish State, Uribes did not want to set deadlines – “I don’t know if it will be next week” – and stressed that the important thing is that its central elements have already been agreed and what remains are “legal fringes on the part of the lawyers of both parties.”

Uribes also referred to the approval today, in the Council of Ministers and within the framework of the ERTE, of a reduction in the requirements of unemployment benefits for artists of public performances, which will now be five days of contribution to safety since the pandemic started.

“We have kept culture open, with a lot of sacrifice, but Spain has been the only country in Europe that has kept cinemas and theaters open,” he said, highlighting his “satisfaction” at being able to say now that “culture is safe” and that “the bet we kept was a justified bet.”