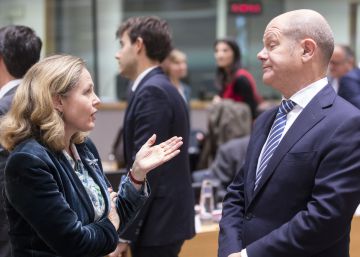 The scandals of the ABLV (Latvia), Danske Bank (Denmark), ING (Holland) or Deustche Bank (Germany) banks put the discovered the capillaries of the European financial system through which dirty money sneaks. The group of six countries, including Spain, have decided to take to the Council a proposal initially promoted by the Netherlands to try to cover the slits that make money laundering possible and the financing of terrorism or organized crime.

The document signed by these six countries advocates two major measures: to create a supervisor with authority over “the entire internal market and all operators in the financial sector” of the European Union and harmonize by means of a community regulation the legislation against money laundering, rather than by new directives, whose transpositions so far have given rise to a certain discretion.

The signatory countries believe that a new European supervisor would allow more effective control of cross-border capital flows, improve the exchange of information between countries and give more independence to the fight against money laundering being at a greater distance from local institutions and interest groups.

The document that these countries agreed on Friday night traces the main features of that new authority, whose creation is also one of the priorities of the next European Commission. The supervisor, the text proposes, should coordinate with national agencies but would have autonomy and ability to act in countries where "deficiencies of national supervisors were evident." For this, it should have, according to the declaration, the necessary information from the member countries and a body of inspectors that are fully available and are specialists in that field. In addition, you should be able to notify the police authorities in case of finding evidence of criminal offenses.

The inspections, according to the document, would be implemented following “objective criteria”. These would come from two sources: the national programs themselves and the “risk maps” or the investigations that the new authority may initiate according to several elements that could be considered a threat to the financial system.

The body should be created together with a community regulation that includes “a set of harmonized rules” that are “directly applied” and that in turn “guarantees that any supervisory function” has a “solid legal basis”. But in addition, the signatories also ask that “the central aspects and provisions” that are currently already included in the directives on anti-money laundering measures “must become regulations to avoid any regulatory breach”. That is, all countries would have to operate with identical standards, which would contribute to reducing disputes between national supervisors.

Although Holland was one of the promoters of the document, diplomatic sources explained that Spain and France contributed to the document a greater degree of ambition. One of the points that remain open now is whether the authority must be independent or be under the umbrella of another institution. “All options for a functional and sustainable institutional architecture must be considered,” says the document. Even so, the possibility is pointed out that it is the European Banking Authority (EBA) that is in charge, although changes and correct governance issues should be made to ensure independence.