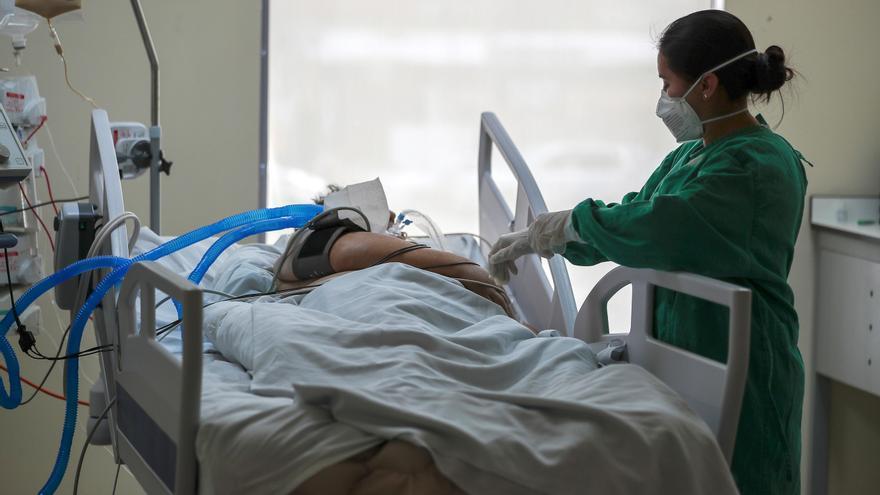 The update of data on the pandemic from the Ministry of Health has reported 4,994 new infections and 106 deaths, while the accumulated incidence at 14 days has fallen slightly compared to Monday due to a revision of the registry.

Health has registered an incidence of 146.94 cases per 100,000 inhabitants, compared to 149 cases yesterday. However, the Ministry’s report indicates that due to “a failure in the Andalusian system” it has not been possible to enter all the new records and their cases have been “partially updated”.

In the section of deaths, the Health report registers 106 new victims, for the 189 recorded yesterday, although this last data grouped those added throughout the weekend. In total, 75,305 people have died since the beginning of the pandemic.

Regarding hospitalizations, 8,065 people are admitted for COVID-19 in Spain, of which 1,844 are in the ICU. The occupation of intensive therapies in Spanish hospitals is at 18.52%.

Meanwhile, although vaccine shipments have tripled, more regular supply is required to achieve a massive campaign. This Monday, March 29, more than 1,066,000 vaccines against COVID-19 arrived in Spain. There have been 672,750 from Pfizer / BioNTech and 393,600 from Moderna, both double-dose and directed right now, above all, to the population over 80 years of age. The Ministry of Health has reported this, although the figure is not yet reflected in its daily report, which also includes 218,000 from AstraZeneca / Oxford University that arrived this weekend. In this way, this is the fourth week, after the first three of March, that we received more than a million doses; and the first time this happens in a single day. The speed of arrival has tripled since, in January, when the campaign started, we received around 300,000. But it is still not enough for the vaccination, which must reach 35 million people, 70% of the population, according to the Government’s objectives, in September, to be massive; and, above all, experts indicate, these are figures that need to stabilize at the top.