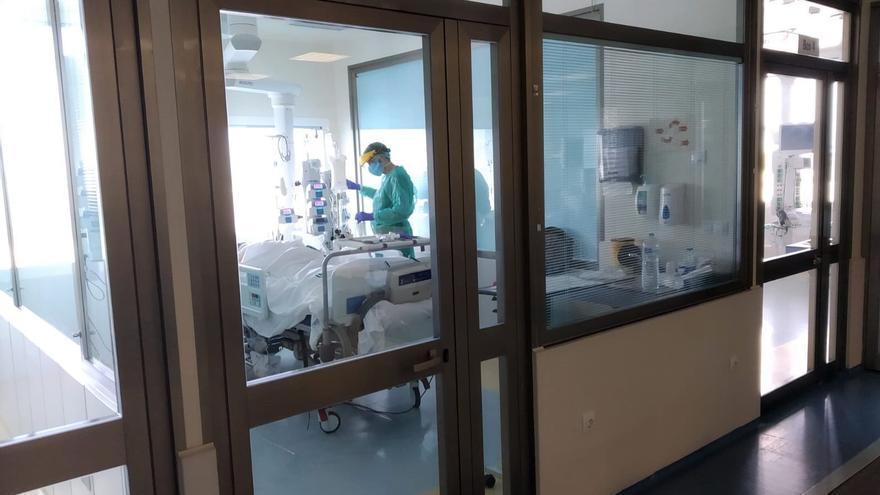 The Ministry of Health has registered 35,878 new cases of coronavirus. This is a figure in line with yesterday’s, when 38,869 infections were reported, the worst figure of the pandemic. In total, since March, 2,211,967 people diagnosed by test have been infected in the country.

Regarding the deceased, Health has added 201 new ones, which brings the total balance to 53,079. Of them, 774 have died in the last week.

The accumulated incidence continues to rise, which has once again exceeded 500 cases, twice what Health considers “extreme risk”. In the balance of yesterday it stood at 492.9 and today it already amounts to 522.74 cases per 100,000 inhabitants in the last 14 days. This is the worst data since November 10; at the peak of the second wave it was 529 cases.

The data arrives in a day in which Catalunya has announced that it intends to hold at least one more week, until January 24, the current level of social restrictions to combat the coronavirus. The measures, which They entered into force on the 7th and ended this Sunday, include the daily perimeter confinement of all Catalan municipalities and the closure of non-essential businesses on weekends, and were added to others already in force such as the reduced hours of bars and restaurants, which can only open at specific hours in the morning and at noon. The restrictions could still undergo some adjustment since they have to go through the table of the Procicat, the technical body that evaluates them.

Also this Thursday, The Basque Country has announced the closure of a total of 20 municipalities in the region (three from Álava, nine from Bizkaia and eight from Gipuzkoa). There will also be no activity in the hospitality industry or in school or federated sports from this Friday due to the high incidence of COVID-19 and in application of the new restrictions to contain the rebound of the pandemic in Euskadi after Christmas.

Also, this week Several autonomous communities have asked the central government for home confinement, something that the Executive has rejected. The Principality of Asturias has requested the Ministry of Health powers to that the autonomous communities can request a confinement in the houses, while Andalusia and Castilla y León have asked their citizens to stay at home and limit their outings to the bare minimum.

Oughourlian shoves Vivendi into Rush to cling to presidency

Montero, to the regional councilors at the meeting on European funds: “You are already of legal age”